Though we train Brazilian Jiu Jitsu in New York, we train MMA in New York and we train kickboxing in New York, everything that we do is tied to a larger body of work, with its own history and development cycle. This includes a rich, international history of variation, distillation and competition that informs what we do in the here and now.

Talking to some of the newer members at the gym, I’ve started to realize that things that I’ve picked up over the years aren’t necessarily common knowledge. Just like people who don’t train BJJ might have no idea what I’m talking about when I say he’s a spider player or she’s a DLR player, others might not know what the coaches and I might be describing when saying that we’re working Dutch style combinations. To contextualize what we do here at Ronin Athletics and to help my readers get a better sense of the richness in kickboxing, I’m going to move off of the usual philosophical pontification and do a little defining of terms.

We use the generic term kickboxing to describe the standup work we do here in our New York City MMA gym, and that’s correct in and of itself. We don’t actually adhere strictly to the strictures of any codified striking art, focusing instead on strong fundamentals, efficient body mechanics and giving our students a variety of options from a variety of sources. Everything we do is grounded in an alive approach that learns from the various striking combat sports. Christian, through his long history in the martial arts, with his experience in boxing, kickboxing and MMA competition, has put together a curriculum that is based in his hard-earned understanding of standup, but also covers enough ground to allow his students to have a lot of their own flavor. Come to a Friday night sparring and you’ll see what I mean, as someone like Alan Rivera will have a very different style than Ryan or Vinh, even though Christian has coached all of them.

Fighting is an intensely personal thing, but broad stylistic differences based on geography and lineage are still evident. This is super obvious in kickboxing. These tendencies are formed by a combination of factors, including martial arts that the styles are derived from, the rules that govern competition, as well as the touch of especially influential coaches and fighters. So though personal expressions of the style might be different, ie a Thai fighter who mostly uses hands or an American who only kicks, we can talk about generalities.

I want to break these down briefly so you’ll understand what we’re referencing when we mention it.

Thai kickboxers are known to focus less on the hands than on kicks and on the clinch. They tend to throw more single shots, which then set up entrances into the clinch, where they shine at raining down knees and elbows. The Thai style tends towards the trading of blows, with less of the head movement and defensive footwork that you see in other styles of kickboxing. The Thai style comes, obviously enough, from Muay Thai and Muay Thai competition, which tends to score punching less well than knees or kicks. The video below, a selection of highlights from some of Muay Thai’s most storied fight venues, gives us a good example of this particular approach to kickboxing. 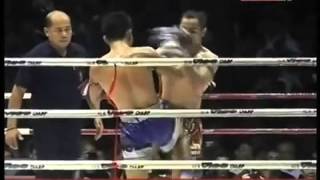 Dutch kickboxers tend to use their hands more than the Thais. They are known for hand combinations followed by a kick. There is a strong sense of movement within the Dutch style, more so than in the the more trade-heavy Thai style. Dutch style fighters use their footwork defensively to avoid strikes, as well as to set up their combinations. They also tend less to the heavy use of elbows and the reliance on the clinch that the Thai style favors. The style is informed by Western boxing, Karate styles like Kyokushin that made their way to the Netherlands, as well as Muay Thai. The video below features Rob Kaman, one of their the pioneers of Dutch kickboxing and a great example of the style. 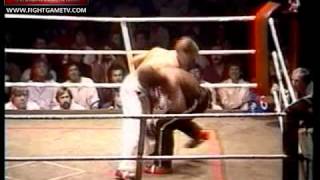 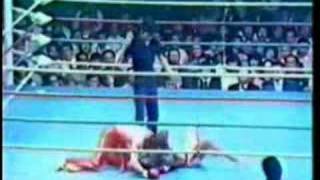 Remember, these are general tendencies in the way that kickboxers fight, but aren’t the end all be all. Come to the kickboxing training NYC, and I promise we’ll give you a solid set of fundamentals that will touch on all of these international styles.

See you on the mats.