Over the course of less than 30 years, the world of mixed martial arts has evolved into one of the premier sports in the United States. This is owed largely to the popularity of UFC (Ultimate Fighting Championship), as well as other organizations throughout the world. On top of being a popular spectator sport, there has also been a surge in the number of people participating in MMA competitions, as well as a surge in the number of people who train like MMA fighters, even if these athletes do not plan to fight competitively. While it would seem reasonable to assume that one could use a search engine to find a nearby gym that offers MMA training, this is not the case—especially in New York. To fully appreciate the current climate of MMA training in New York City, one must first grasp the history of MMA in the state and beyond.

The History of MMA

MMA-style fighting is not new. Fighters have been grappling, striking, and putting opponents into submission holds for thousands of years, and multiple cultures have their own unique styles of fighting that closely resemble modern MMA style. In the U.S., however, this type of fighting—initially known as no holds barred, no rules fighting, or full contact fighting—did not have mainstream appeal as either a spectator sport or fighting style. Most fighters mastered a single style and fought in tournaments that allowed that style alone; there was no mixing. Until relatively recently, the rare tournaments that allowed MMA-style fighting typically involved a fighter who had mastered one style against a fighter who had mastered another.

The Birth of Modern MMA

This changed abruptly in 1993 with the first Ultimate Fighting Championship (UFC 1). Apart from being an extremely popular tournament that sparked significant interest in MMA-style fighting, UFC 1 also introduced the Gracie style of Brazilian jiu-jitsu to a larger audience when Royce Gracie, a master of the style, not only won the tournament, but beat his three opponents in a total of just under five minutes. In the wake of the event, not only were fighters suddenly interested in participating in MMA contests; they were also interested in learning Brazilian jiu-jitsu to make them better and more well-rounded fighters.

MMA in the 1990sThroughout the U.S., practitioners of various martial arts began to learn the kind of grappling that had allowed Gracie to cruise through the tournament. After honing their ground fighting skills, these fighters eventually wanted to participate in MMA tournaments. Unfortunately, many tournaments were not run particularly well, and the sport very quickly garnered a bad reputation. Consequently, most states explicitly banned the sport during the 1990s, which pushed it underground.

Though MMA was banned, organizations that allowed ground fighting started to attract fighters who had learned jiu-jitsu. In some cases, these organizations were created because of the growing popularity of MMA-style ground fighting, as was the North American Grapplers Association, which was founded in 1995. In other cases, fighters were attracted to tournaments held by existing groups that allowed grappling—such as kickboxing organizations. Not only did these organizations end up influencing the styles of many fighters; they also influenced the rules and regulations of MMA organizations. By the late 1990s, these rules had been adopted by UFC, and the lawless reputation of MMA began to fade away. Within a few years, most states ended their bans on the sport.

The Legal Status of MMA in New York

This was not the case in New York. In fact, MMA events were not legal in New York until 2016. While it may seem as though Albany’s refusal to lift the ban was due to their reluctance to condone a sport that seems very violent, the actual reason was due to lobbying efforts on the part of several parties who wanted to protect their political interests. To reiterate: The ban on MMA events in New York, which lasted from 1997 until 2016, was due to politics and not because of any inherent danger to participants.

Even though the ban has been lifted, many fighters in New York remain attached to a core style of fighting (karate, judo, boxing, etc.) and only borrow a few techniques from other disciplines such as Brazilian jiu-jitsu. In other words, there is only a limited mixing of martial arts styles. This is particularly true among fighters who trained and developed their style during the 1990s or before. 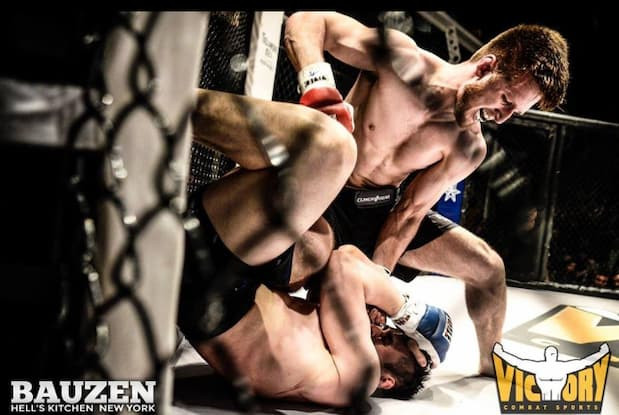 As these fighters become the trainers of the next generation of fighters, they continue to focus primarily on one discipline. Consequently, training culture in New York is still highly compartmentalized, meaning that each gym has a heavy emphasis on a single style. Trainers teach their core discipline and only occasionally bring in a coach with a background in another style to help, which means most gyms in New York continue to reflect the style of their founders or head coaches. They do not truly offer MMA group classes or MMA training, but rather serve as the place where athletes begin their journey as fighters. Only later, once they’ve gained experience in amateur kickboxing or MMA competitions, do they then move to more established MMA camps.

The Best Approach To Training MMA

The training culture in New York is changing, though, and people now have a better opportunity to learn the multiple disciplines that make up MMA, including shooting, striking, clinching, and grappling. This includes everyone from people who want to become professional MMA fighters to people who merely want to learn how to defend themselves and to gain an appreciation of these styles of combat. For the latter group, they are usually better off finding a gym that allows them to learn the art of striking and grappling (i.e. Brazilian jiu-jitsu or Gracie jiu-jitsu®). Once they have a grasp of these styles, they can then decide if they want to just enjoy sparring recreationally or if they want to dial up the intensity and dedicate more time to learning the many styles that make up MMA.