Kids Self defense in NYC

Parents want the best for their children. They want their kids to be confident, strong, independent, and able to handle whatever the world throws at them. They want them to be able to defend themselves.

These days, one of the biggest issues children face is bullying. It has become a national epidemic, with as many as 1 in 3 kids having experienced being bullied. And New York kids experience this as well, whether the kids live on the posh Upper East Side, in the suburbs of Staten Island, or in a gritty Bronx neighborhood.

How the problem starts

In most situations, the bullying doesn’t start with something major. Instead, the bully gradually pushes boundaries when harassing the victim. For example, a little girl may be lightly scared by a boy. He hasn’t hit her but he is physically getting too close to her personal space. It is not anything she can complain to the teacher about yet, but it still makes her feel uncomfortable. 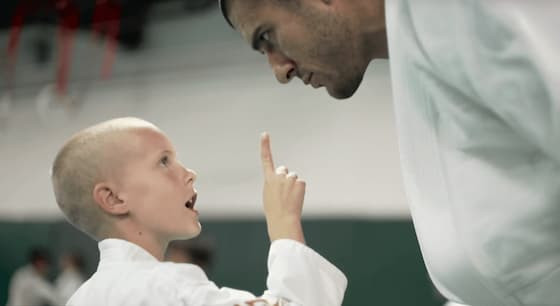 Or a boy may be bothered by an older boy who keeps on getting in his way on the school bus, blocking him from a seat. Or kids are teased or made the butt of jokes. If they do complain, they are often told that they need to lighten up and be able to take a joke, even if they know the jokes are wrong.

In many cases, what happens is that the bullying behavior is similar to the old adage of a frog in a pot of water. If you throw the frog into a boiling pot, it will jump out immediately. But if the water is slightly warm and gradually heats up, the frog will stay in the pot and get boiled.

If children are not able to stop a bully right at the beginning, they can be harassed for weeks, months, or even years. They may start falling behind in school, or experience anxiety or depression or worse.

So what is the answer? How do New York parents help their kids prepare for these challenging situations, so the children aren’t limited to fisticuffs, or cower and put up with abuse? 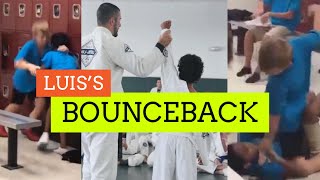 One way is that parents look for some sort of physical activity or sport for their kids to be involved with. In the past, fathers may have taught kids boxing or wrestling. In more recent years, some New Yorkers, especially those in wealthy neighborhoods, will sign up their kids for a taekwondo or karate class. While such a program will teach their children to kick and punch, break boards, and to focus, it may only be limited to preparing for physical bullying. it will not necessarily work with psychologically empowering kids. 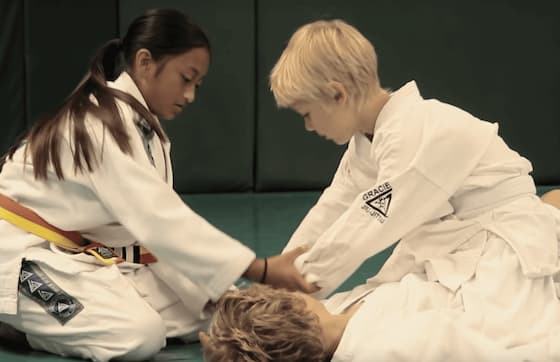 There is another way. Kids Empowerment self-defense programs have a multiple-pronged approach in developing children. It teaches kids the art of verbal and physical jiu jitsu, in learning to respond effectively against mean comments, even when they are said as “jokes.” The program also teaches the kids physical skills to protect themselves against bullies. And it helps develop good character and confidence in children.

Kids in the class learn to identify and establish their emotional, psychological, and physical boundaries against bullies.  They are equipped with scalable countermeasures to address these attacks.

In ancient times, when people lived in the wilderness, parents would teach children not to eat plants that are poisonous, to avoid animals with horns, and how to find safe food and water. Similarly, New York parents in this century should prepare their kids for the modern, more complex threats so they can live a full life.

Ronin Athletics’ Gracie Bullyproof® offers a multi-pronged approach in empowering children. It covers the psychology of an attack, and how bullies start harassing children. 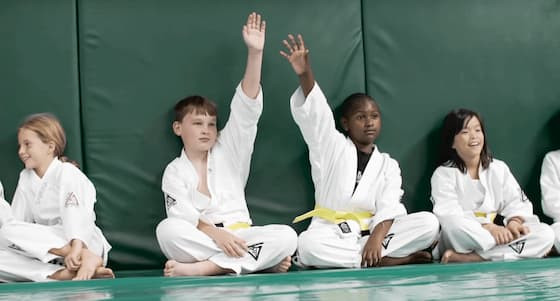 The classes fit in with the “zero tolerance” rules in schools in that the kids are not taught to kick, strike, or punch bullies. Instead, they are taught to neutralize attacks with the appropriate amount of tactical, verbal or physical countermeasure.

For example, if a bully shoves a child, the victim shouldn’t look down and walk away. Instead, he or she should look the bully in the eye and say, “Don’t do that again.” If the bully continues, the kid will learn the skills to neutralize the bully, pin him to the ground, and negotiate, “If I let you go, are you going to stop?”  without having to resort to violence.  Kids will learn to understand that each time they stand up for themselves, they make it harder for the bully and become less of a target.

Clearing a path for our kids

As parents we want to facilitate a clear path for our children to find their place in the world. Providing them a foundation where they have awareness of their boundaries, and equipping them with the knowledge to defend these boundaries, are cornerstones to building not just strong kids but confident adults.

Choose a Button to Schedule a Trial Class for your child