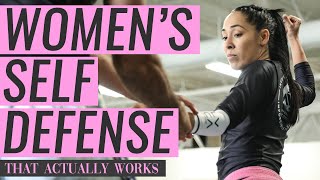 Gracie Jiu Jitsu® was designed to empower the weak against the strong through energy efficient self-defense principles and leverage based techniques.It was originally created by Masters Carlos and Helio Gracie over 80 years astgo and brought to the United States by Helio’s eldest son, Rorion Gracie.  Rorion created the Ultimate Fighting Challenge (The UFC) in 1993 to showcase his father’s art as the most efficient and effective martial art for practical self-defense.  His younger brother, Royce, won the tournament defeating all of his larger opponents forcing each them to submit via ‘tap-out.’ This attracted the attention of the Military and Law Enforcement to incorporate Gracie Jiu Jitsu into their combat regimen.

With over 600 techniques in Gracie Jiu Jitsu, Master Rorion Gracie created specialized programs specific to the needs of these law enforcement and military individuals.  He identified the most common threats faced in their duties and packaged only the techniques and principles needed to prepare them for immediate use – hence the creation of Gracie Combatives®.

While working with law enforcement, he became aware of a shocking statistic that hit home - that one in every 4 women would be attacked in their lifetime.  With his wife and 3 daughters, that meant one of them would experience an attack at some point in her life.  This concern was the catalyst in the creation of the their Women self-defense program called, Women Empowered Program.

The Women Empowered Program is comprised of 20 essential techniques incorporated into 15 lessons.  This self-defense course addresses the most dangerous and common threat scenarios women may potentially face.  It not only teaches the physical techniques, that have been tested and refined for nearly a century, but what sets the program apart is the  strategy to avoid being victimized through understanding the Psychology of an assault.  By understanding the phases of an assault one can apply the right tactic at the right time. 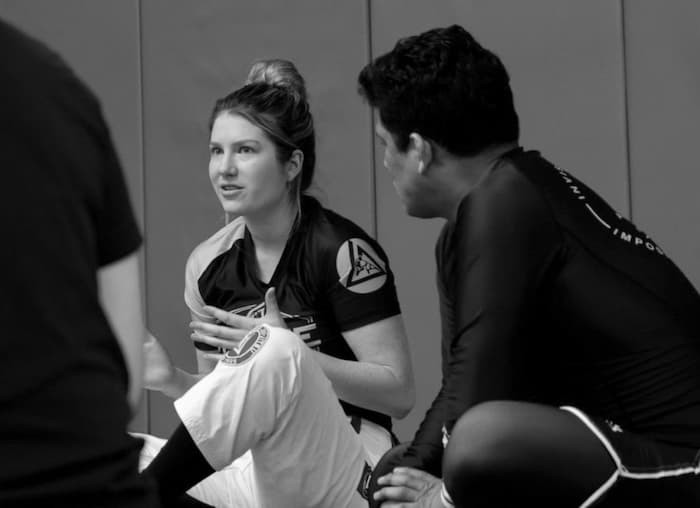 The Psychology of an Assault.

Boundaries are everything.  In an assault scenario, most women end up at a tactical disadvantage because they do not know to set personal boundaries in advance.  This leaves them vulnerable to not only stranger attackers but also non-stranger attackers.  Statistics show that 78% of assaults are committed by someone known to the victim - and because of this, boundaries can be muddied and compromised.

There is a general psychology behind each of the 2 types of attackers and understanding this psychology is the difference between being victimized and being empowered.  We believe that women have the wherewithal, within them, to protect themselves.  But because of social or conditioned beliefs, they unknowingly position themselves at a disadvantage against a would be attacker.  The Women Empowered program addresses these invisible threats and equips the individual with the senses and techniques that will prevent them from being victimized. 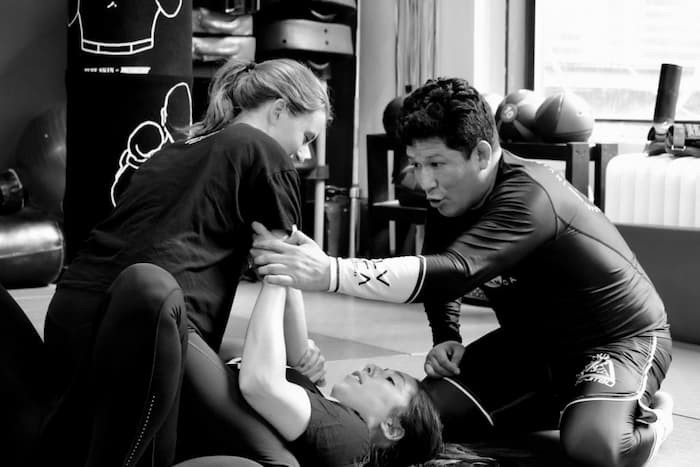 Because (realistically) no two assault scenarios are truly the same, absorbing the root principles to these concepts promotes resilience in the successful application of the techniques.  The techniques learned should be considered tactical tools for when boundaries are compromised.  But the principles of Gracie Jiu Jitsu self-defense provide an overarching strategy that every woman should have with her as part of her lifestyle.

The Women Empowered Program outline and the Pink Belt.

The premise.  The premise behind THE LESSONS assumes the attacker will be much larger, stronger and heavier than the target.

15 Lessons to get you ‘street ready.’  The Women Empowered program is comprised of 15 Lessons (20 Self-defense techniques).  Each lesson focuses on a technique that addresses the most common assault scenarios.  The technique will have variations and will be drilled throughout the class with female partner in a cooperative manner.

Throughout the lesson, the principles of the self-defense techniques are emphasized to allow more in depth understanding of the objective, as opposed to limiting understanding to a perfectly situated scenario.  This addresses the realistic context that not every attack will occur in perfect way.

Progress Cards are provided to each new member which lists the 15 lessons along with attendance check-boxes.  Once the required amount of attendance has been achieved for each lesson, the student can begin to incorporate the Reflex Development* portion of the program into their lesson plan.

*Reflex Development focuses on linking the individual techniques to develop fluidity, timing and muscle memory with every scenario.  This class serves to compliment the students continued individual lessons.

Testing and achieving your Pink Belt

The Pink Belt is a rank that symbolizes the completion of the program within the strict guidelines and point system parameters set by Gracie University.  Achieving proficiency in the application of the Women Empowered Jiu Jitsu techniques, understanding the Psychology of an Assault and the feeling of confidence in protecting your boundaries should be the main goal.  Achieving the Pink Belt says that you have a true mastery of the Women Empowered program and is recognized by the instructors.

As an active student at Ronin Athletics you will receive a free subscription to GracieUniversity.com so you can access your techniques 24/7. Additionally, you can train your Women Empowered program for free at any Certified Gracie Jiu-Jitsu Training Center® worldwide. STAY FOCUSED.  STAY SAFE!