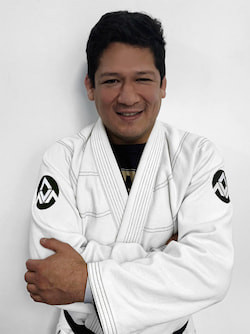 Christian is a lifelong martial artist with over 20 years of teaching, training and competition experience. He started his martial arts journey in Jeet Kune Do & Filipino Martial Arts Systems, moving on to compete in amateur Boxing, Muay Thai & Kickboxing  and earning his Black belt in Brazilian Jiu-jitsu under multiple-time champion, Felipe Costa.

He’s had his share of competition victories including: 8x NAGA Expert division Champion, New Breed Tournament Champion, multiple time IBJJF No-Gi division Champion and former professional Mixed Martial Arts competitor.   While his counterparts moved on to become professional fighters, Christian used his competition experience as his lab.  To enhance his teaching abilities by testing the functional application of the techniques he’s learned.  His aim was simple – take an ordinary person, with zero natural athleticism, and develop their self-confidence by teaching them the techniques that enable them to defend themselves effectively against a larger opponent.

In 2002 he founded Ronin Athletics renting mat space to teach a handful of students and moved to his first gym 4 years later.  His many years of experience in developing people of different levels have lead him to his proudest achievement as a Gracie Jiu-jitsu Certified Instructor and representing Gracie Jiu-jitsu in New York City. 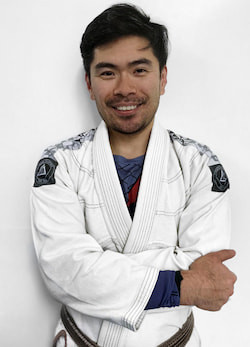 'Sen' grew up in Bethesda, Maryland and began his Jiu-Jitsu journey with Ronin Athletics shortly after moving to NYC in 2007. He was awarded his Black Belt under Coach Montes. As a higher belt and long-time senior student of Ronin Athletics, Sen understands how much depth of personal development is possible through his contribution to the growth of others. A very generous and conscientious instructor, you can find Sen teaching his Master Cycle® class every Saturday morning. 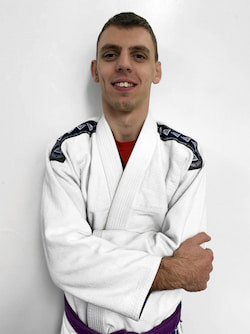 Bart moved from Krynica-Zdroj, Poland to Brooklyn, New York at the age of 14. Like most kids growing up, he enjoyed playing soccer and riding bicycles but also experienced the downside of adolescence  - being Bullied.  As Mixed Martial Arts started growing in popularity, he was fascinated by the methods used by these fighters to defeat their opponents and he followed his fascination through YouTube watching other promotions like Pride and UFC.  He saw these submission techniques used as a way to defend and gain respect for himself.   He researched the many gyms in New York City and came upon Ronin Athletics and scheduled his free introductory lesson on January 2013, where he began group classes shortly after.

Bart is a Brown Belt from Coach Christian Montes and an experienced competitor, senior Instructor and well rounded individual.  Having fought successfully in  Kickboxing & Muay Thai organizations like Friday Night Fights, US Muay Thai Open and Glory at Madison Square Garden, as well as Jiu-jitsu tournaments like NAGA and Grapplers Quest , he's surpassed his initial goal to defend himself.

Today, he continues to sharpen his skills and develop himself in all aspects of training and his life.  He's passionate about teaching others what he's learned and his motivation is further fueled when he sees firsthand the transformative nature of Martial Arts training.

Lora grew up in South Jersey and moved to NYC after graduating Hofstra University, where she built a career in public relations. Initially a novice to martial arts, Lora joined the Kickboxing program at Ronin Athletics in June 2016. Eventually, the self-defense focus of our newly implemented Gracie Jiu-Jitsu® program piqued her interest and she became fascinated by the practicality of the techniques and the philosophy behind realistic self-defense for women. She dedicated her training to GJJ and this led her to become our first ever Gracie Women Empowered Pink Belt. In July 2019, she completed the Women Empowered ICP (Instructor Certification Program) at Gracie University Headquarters, in Torrance, California  and is certified to teach our Women Empowered classes, along with our Head Coach, Christian. She is a Gracie Combatives® Belt holder and is also a Blue Belt under Coach Christian Montes.