Knowing that you can defend yourself verbally, physically, and emotionally is one of the most empowering feelings out there. It helps you feel confident no matter where you are. But how do you get to learn the gentle art of self-defense?

In New York City, there are a variety of options when it comes to learning self-defense. One of the more popular ones comes from Brazil by way of Japan. That is a fitting pedigree, given how many cultures and nationalities peacefully coexist in NYC.

It’s called the Gracie jiu jitsu® approach to self-defense and it stems from martial arts. But you don’t have to know anything about martial arts in order to learn it. Beginners are welcome. The program comes from the Gracie family, the first family of Brazilian jiu jitsu, who got involved with judo and jiu jitsu at the turn of the last century.

A brief history of the Gracie family

It all started when Gastao Gracie, a Brazilian man who had ancestors from Scotland, became a business partner with a circus that featured strongman shows, showing great feats of derring do. Mitsuyo Maeda, a Japanese judo expert, toured the world showing martial arts moves and appeared in this circus. He also taught jiu jitsu and judo to locals interested in the subject.

Carlos Gracie, Gastao’s son, was the first to learn from him. Then Carlos’ brother Helio learned from Carlos, and started teaching on his own. Other brothers and then children also got involved. The family ended up founding a modified version of jiu jitsu or judo known as Brazilian jiu jitsu (BJJ) and due to the popularity of Mixed Martial Arts, is one of the most popular martial arts today.

Back in the Gracie family’s day, after they learned these skills, they were involved in strongman events, with open challenges to see if others could beat them. They sharpened their techniques with these challenges.

The expression “the best offense is a good defense” is applicable when it comes to learning the Gracie jiu jitsu approach to self-defense. The idea is to weather the storm the 1st tenet of the Gracie Jiu Jitsu Philosophy. In real life, the expression weathering the storm means waiting out storm clouds until sunny skies appear. In Gracie jiu jitsu self-defense, this expression is about how a smaller, weaker opponent has the opportunity to prevail against a bigger, stronger opponent by managing energy and utilizing time in order to tire out the opponent. 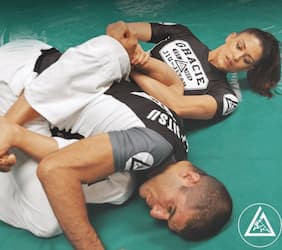 Eve Gracie applying an arm-lock from the Guard position

We all know the survival instinct expression “fight for your life.” But ironically, that is not a good self-defense idea. Instead, Gracie jiu jitsu self-defense is counter-intuitive. Weathering the storm means keeping cool, calm and collected in a really tight spot instead of fighting fiercely right away. This energy-efficient way is a little like how boxer Muhammad Ali used the rope-a-dope strategy in the ring to tire out his opponents. It’s about keeping your wits about it until you can make your move.

For example, a man grabs a woman in a dark alley. The woman should be focused on safety and survival, by keeping calm, maybe pretending to be tired, so the man may lower his guard.  Thus, finding the opportunity to use the leverage techniques she’s learned and escape. In the case where the attacker is bigger, heavier and stronger – it is a common tactic for them to wait on their weaker victim to fatigue during struggle before initiating their assault. 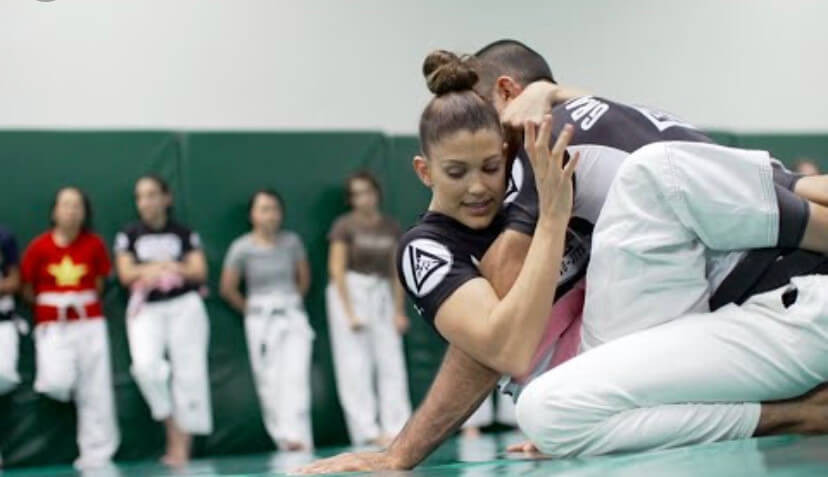 The basis for the many tactics and techniques used by the Gracies concentrated a lot on fighting from the ground. The premise to their strategy is to get the fight to the ground, because there the smaller more knowledgeable person can mitigate offensive strikes and have more of an advantage there. One of the most common positions is called the ‘Guard’. It is almost like a hug, and the bigger person can’t hurt the smaller one because they are too close. Smaller fighters can apply sweeps against a bigger opponent, to reverse their position, or finishing him off with a choke or arm bar. Other moves also involve leverage, ways in which a smaller fighter can use their size to their advantage.

Ever hear the cliché about how once you learn how to ride a bicycle and balance yourself on two wheels, you will never forget? The same goes for learning the Gracie jiu jitsu self-defense techniques at Ronin Athletics. The self-defense skills in the classes, such as how to do a ‘technical stand-up’ or breaking free from a wrist grab, make such logical sense that once the practitioner grasps the concept it will never leave their mind.  It is further refined through drilling during class as a means of constant iteration 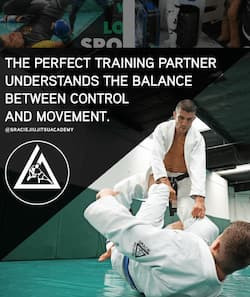 Once the beginner has achieve their Combatives belt, they may want to continue on their Jiu Jitsu journey to learn the techniques and philosophy in depth.  In this advanced class the participants grapple with fellow students, to sharpen one anothers understanding of Jiu Jitsu leverage in both the technique and its Philosophy.

The more classes you take, the more these skills become second nature. In addition, the students are taught a variety of approaches and moves that match real-life situations, so that they can be prepared for anything that comes at them.  The effectiveness of Jiu Jitsu is because the way it is practiced, provides immediate proof of effectiveness (or ineffectiveness) to the student and allows the opportunity to try again.

Once learned, these skills have a profound impact on the practitioner. The philosophy that fuels the physical techniques is the same philosophy which empowers its practitioner with the confidence to face many of life’s pressures.

The ultimate objective with taking these classes is to feel empowered and confident physically, mentally, and emotionally. Successful students in the Gracie jiu jitsu approach to self-defense will learn to weather the storm throughout their life, and feel relaxed and confident in all situations.