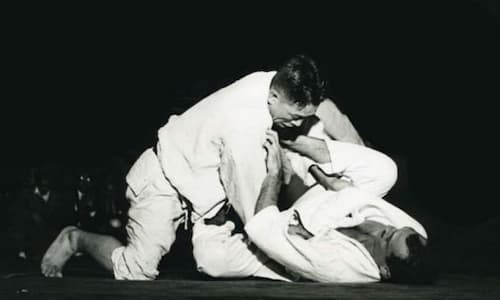 Martial Arts has been growing in popularity in New York City since the 1950’s.  Access to Jiu Jitsu schools back then were limited.  If I had to find one I most likely would have had to commute long distances – there just wouldn’t be any Jiu Jitsu gyms near me.  Until after the first World War that the closest thing New York had to modern day Martial Arts was Boxing and Wrestling, which were primarily designed for spectator events.

Jiu Jitsu, as with most other popularly known Martial Arts, originated in Asia – Japan to be exact. Originally developed for Samurai warfare, it made its way to the west through tough man contests held at carnivals.  Jiu Jitsu schools were established slightly different from your typical Wrestling or Boxing Gyms.  Because of its military DNA, Japanese Jiu Jitsu schools had a systemized curriculum of learning which was different from other fight gyms.

Brazilian Jiu-Jitsu, simplified as ‘BJJ’, is a generalized description and a derivative of the martial art, Japanese Jiu Jitsu.  It has been modified and further developed by Carlos and Helio Gracie over 90 years ago, calling it Gracie Jiu Jitsu®.  Although there were other Brazilians that modified Jiu Jitsu as well, it was the Gracie Family who structured the artform and improving the techniques effectively over time.  They propelled their brand of Jiu Jitsu through challenge matches, where they were known to post an open challenge to anyone who can defeat them for a cash prize.  This was known as the ‘Gracie Challenge’.

How did Brazilian Jiu Jitsu begin in New York City? 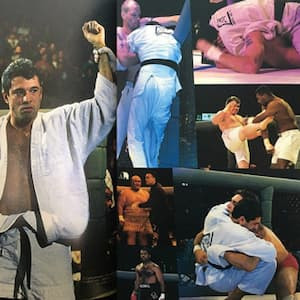 The Ultimate Fighting Championship.  Rorion Gracie (the son of Helio Gracie) and his business partners created the Ultimate Fighting Championship (UFC) and it aired live on November 12, 1993.  It was a ‘no rules’ tournament format, where martial artists of different styles fight one another, in a caged octagon.  The winner was decided when an opponent was knocked out or ‘tapped’ to signify a submission - there would be only one winner.  Royce Gracie (the younger brother of Rorion) was the smallest contestant in the tournament and won all his fights by submitting all his opponents to become the first UFC champion.  This was the catalyst that made Gracie Jiu Jitsu very popular.

By 1995 there were 2 academies in New York City that offered instruction in Brazilian Jiu Jitsu.  Most early adopters of Brazilian Jiu Jitsu were experienced martial artists that witnessed and appreciated the effectiveness of ground fighting and submissions.  This style of martial art was not flashy, as seen in the action movies.  However, experienced martial artists understood the reality of having to fight on the ground and became its early adopters. 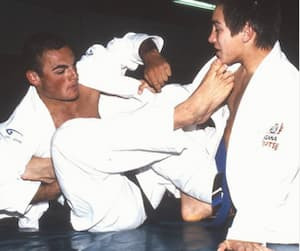 Brazilian Jiu Jitsu Academies were not easily accessible.  They were off the beaten path where one was opened on top of a rehab clinic near Time Square while another on a side street in the East Village.  But the serious martial artists found their way to these less traditional martial arts schools.

The Rise of Sport Jiu Jitsu in New York City 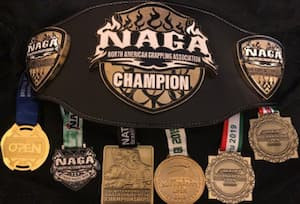 In 1997 professional No-Rules Fighting (now known as Mixed Martial Arts) was banned from New York State and by the early to mid-2000s no-rules fighting were limited to a niche group of people fighting in unsanctioned events or amateur events run by the Kickboxing Organizations.  The lack of competitive outlet in reality based fighting gave rise to Sport Jiu Jitsu and Grappling competition.  With martial arts gyms incorporating wrestling and Jiu Jitsu into their programs, these tournaments became the avenue to prove these new skills.  With wrestlers, grapplers and Jiu Jitsu practitioners competing against one another sport based competition was a way to bridge the disciplines.  Incorporating point systems, weight divisions and timed rounds similar to that of a wrestling match.

As with many major cities, New York City is well represented in world class BJJ practice and events.  If you’re living in NYC, you will not have a problem finding professional instructors at any Jiu Jitsu schools near you.  Tournaments and competitive events in the tri-state area abound.  What you’ll see often in these classes is a sport centric approach to BJJ. While the technique and leverage of Gracie Jiu Jitsu are still there, the self-defense component has lost its central role.  Success is then measured by competition wins; thus, Beginners prematurely begin to roll (wrestle/spar) where injury becomes common place.  In fact, most never really get to experience the full benefit of Jiu Jitsu, because the barrier of entry is too high.  In some instances, it becomes contradictory to its original purpose, which was to develop the weak to become strong.  With the introduction of weight division and time limits in tournaments, the self-defense art is lost to sport and leverage and efficiency is traded for athleticism and strength.  BJJ in its sport form, is then limited to the athletically gifted. 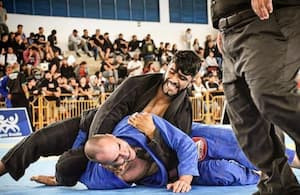 Gracie Jiu Jitsu maintained its guiding principle of self-defense as the primary objective during training. The key difference between Brazilian Jiu Jitsu and Gracie Jiu Jitsu, is the context which dictates the direction of training and techniques practiced.  The focus on practical self-defense application which, relies on the survival mindset and energy efficiency create a completely different training culture than what we’ve seen in the BJJ Gyms in New York City today. 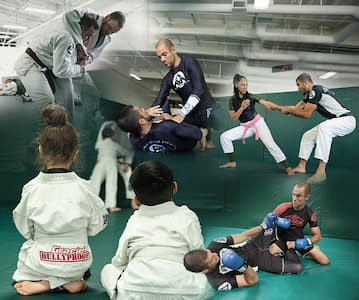 Based on the Brazilian Jiu Jitsu training paradigm in New York City.  Most beginners will find themselves walking into a competition-centric training program.  The challenge for some of these beginners is that the context is based on sport.  Questions like, why am I sparring/rolling?  Why is my objective to submit the opponent at this stage in my training? Why am I applying these techniques?

The non-sport approach of Gracie Jiu Jitsu deals with a practical context.  What happens if someone puts me in a headlock?  What if someone punches me in the face?  Or What if I am pinned to the floor?  What if the attacker is larger, heavier and stronger than I am?  How do I use Jiu Jitsu to protect myself and escape?

While the the popularity of Brazilian Jiu Jitsu has exploded over the past 15 years, it has split into two distinct styles. One that focuses on competitive training and another the other on self-defense.

The Jiu-Jitsu program at Ronin Athletics is fantastic. The curriculum is intelligently structured, and the coaches are friendly, knowledgeable and supportive. I love the atmosphere, and training there has been a great experience. Highly recommended!

My friend suggested to try Jiu Jitsu when I was looking for a different workout. He referred Ronin Athletics. After receiving the first trial, I fell in love with JJ. Ronin Athletics is brilliant in allowing me to feel confident with my moves. They make it so easy for me to follow. Everyone is so friendly and always helpful. The classes are easy to follow and the logic behind the moves is so practical.

It’s been an awesome experience learning Jiu Jitsu here at Ronin Athletics! It's a very welcoming and positive atmosphere and the instructors are top notch! They are insightful, have great attention to detail, give everyone great feedback, are very patient with the students & leave no stone unturned when discussing the techniques and all the intricacies within them. There are a lot of great people from all different walks of life learning Jiu Jitsu here, and with all the Jiu Jitsu options out here in the New York City area, I've got to give myself a huge pat on the back for joining Ronin Athletics! Definitely made the right choice!