Kickboxing is probably the most ambiguous term used to describe a martial art today. The sport of Kickboxing is simply a combination of boxing techniques mixed with sport Karate kicking, Kickboxing in New York City has taken on a wide-ranging definition. Your experience walking into a Kickboxing gym near you, in NYC can vary. From a hardcore competition based gym, to an aerobic type classes. 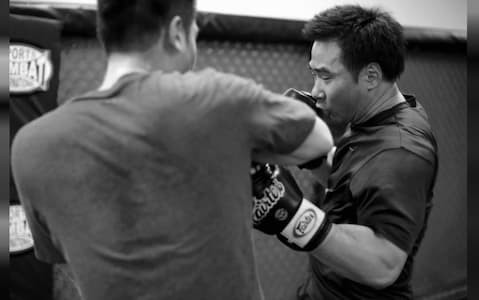 In the 1970s in North America, Kickboxing originally developed from the limitations observed in Karate point sparring. Boxing had a full-contact reality to it, where there was greater risk in getting knocked out in a contest. Incorporating Kicking techniques with boxing allowed for the traditional Martial Artist to compete with the same level of full-contact experience as boxing. As a result, some Karate and Tae Kwon Do Academies naturally began to evolve into a Boxing gym like atmosphere.

The Dutch-style of Kickboxing evolved in Holland much in the same way Kickboxing evolved in North America. It has a Full-contact Karate base with Western Boxing punches and movement incorporated. Because the Dutch also competed in Muay Thai events, they naturally incorporated knees and low thigh kicks into their repertoire. The style of Karate, they used as their base was a knock-down full contact style (as opposed to the North American point contact style). It is the most modern of the Kickboxing fight disciplines - it emphasizes angular movements and boxing combinations with thigh kicking techniques. While Muay Thai, appreciates the linear fixed stance and power kicks and knees, Dutch-style Kickboxing appreciates angular transition with emphasis on their punch combinations and low kicks.

The oldest form of Kickboxing is probably, Muay Thai (Thai Boxing). It is the national sport of Thailand where the competitors square off against each other and apply punching, kicking, knee and elbow techniques in combination to defeat their opponent. The format follows that of western boxing, in that the competition is done in a ring, with referee, with weight divisions and timed rounds. Training in Muay Thai, is similar to training in a western Boxing Gym. Instructional group classes, along with calisthenics all to their training towards competing in Muay Thai Boxing events.

Tae-bo was developed in the 1990s as an aerobics workout using Tae Kwon Do and Boxing drills. It quickly caught on and became mainstream when celebrities began to incorporate it into their fitness routines. The format works well in a studio setting or simple enough to follow on a video over your television. It’s a lot of fun, putting together combinations, shadowboxing and calisthenics without being hit. Today the variations of the same program are widely practiced under different names in NYC like Cardio Kickboxing, Kettlebell Kickboxing, I Love Kickboxing, Fitness Kickboxing, etc. The new variations maintain the same fitness-centric principle with no sparring and slight variations incorporating other workout disciplines.

Training Kickboxing in New York City can be a lot of fun if you find the facility that suits your frame of mind and training goals. 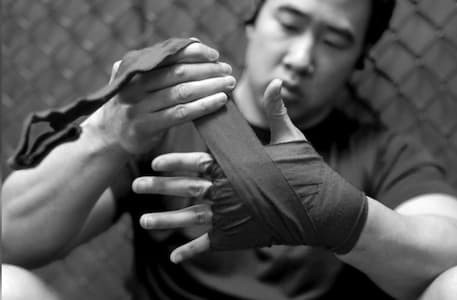 First identify the Kickboxing training format that interests you: Fitness focused, Competition focused or Technique focused.Fitness based Kickboxing gyms in NYC are typically called studios and focus on weight loss and a great workout. The different variations described above, should make it fun for to explore. The key is not to focus so much on techniques but movement and a great workout. Muay Thai gyms are typically fight gyms. While they offer group classes to non-fighters, their focus is the competition and will typically have a stable of fighters they train. The atmosphere is a bit more serious, as people tend to have a competitive mindset. Kickboxing as a Martial Art – Technique and skill development focused. This falls more on the middle ground. The techniques used are applicable to full-contact fighting and the workouts are as intense. However, the mindset of your group is on understanding the principles and applying technique masterfully. The sparring sessions are less intense and focus more on how proficient the practitioners are in their sparring exchange. There is no rush to competition, the practitioners maintain a comfortable pace in developing their skill in Kickboxing.