Jiu-jitsu is a great way to learn self-defense, get exercise, and even build lifelong friendships, but not everyone sticks with it. While there are loads of specific reasons why a person may decide to walk away from jiu-jitsu after just a few classes, Ryron Gracie has found that he hears three reasons why seasoned jiu-jitsu fighters hang up their gis:

These all seem like rational reasons for quitting or at least taking an extended break from jiu-jitsu, but Ryron has also known people who live several hours away from their school and still managed to attend class. He’s known students who have been out of money but have offered to put in extra hours at the gym cleaning mats or handing out flyers. He’s known students who have suffered significant injury but have still come to class because they are hungry to learn just by observation.

In other words, while these three reasons for leaving are common and understandable, other students manage to overcome them. Why is that? 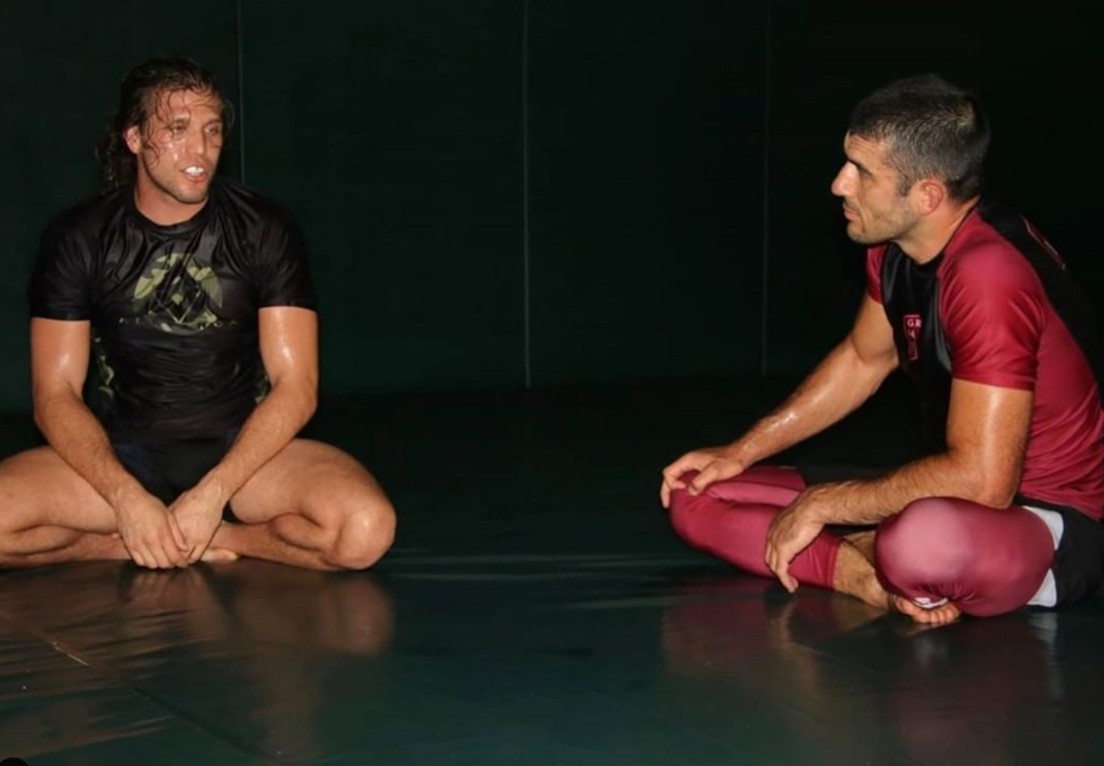 What are the benefits of jiu-jitsu?

Deciding to quit jiu-jitsu is not a knee-jerk decision. People often agonize for the decision for weeks or months, so it makes sense to focus not on why people leave, but on why they come to love jiu-jitsu. Learning self-defense and wanting to exercise may get a lot of people to come to class the first time, but once they are there, students find that becoming better at jiu-jitsu increases their self-esteem. They also enjoy learning new moves and figuring out how to perfect techniques, as well as forming friendships with their classmates. Finally, jiu-jitsu allows for periods of stress relief and the ability to cut loose. Students get the opportunity to break away from their typical routines. The deadlines at work or assignments from school fade away and their only focus is the present.

What Ryron has noticed is that a lot of students feel this way as they graduate from white belt to blue belt, and from blue to purple. Eventually, however, a younger, more athletic fighter of a lower rank shows up, and they submit you. Then they triangle you. They keep beating you, even though you’re more advanced and older than them. At that point, you may start to feel as though you’re not living up to the expectations that you set for yourself. Maybe your coach even starts to point out mistakes that you’re making in a way that makes you feel more frustrated than thankful for their guidance.

This can lead to two bad situations. The first is that it causes you to go even harder when you roll with this person, and this puts you at a greater risk of injury. The second is that you may avoid the younger fighter whenever you get on the mat. Either way, you’re having less fun, and jiu-jitsu ceases to be a form of stress release. Instead, walking into the gym gives you anxiety. It has become a source of stress.

At this point, when the excuse arises to eliminate something that stresses you out because you get injured or because you move further away, you do it.

How do you overcome this cycle?

When you inevitably get tapped by someone who is a lower belt than you, don’t take it personally. If your coach points out a mistake that you made like failing to tuck in an elbow, it’s a critique. They are trying to help you perfect your form and your technique. They are not attacking you.

Remember: You need to leave your ego at the door. This is certainly easier said than done, but in the below video Ryron provides some great advice. 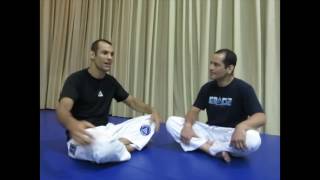 If you’re starting to feel similar stress whenever you think about coming to jiu-jitsu class, Ryron says, “Come to class and maybe do the techniques but don’t spar. Say, ‘Hey, I’m resting right now. I’m going to rest my body.’ Take time to rest and kind of watch. And then, as you come back into it, let everybody that you roll with tap you two, three, four, five times. Just let them submit you. Basically, separate from the idea that you need to perform when you’re on the mat. Let that pressure go a little bit. Stop performing and just roll, defend a little bit, and then tap.”

Once you’ve done this perhaps ten or maybe as many as twenty classes, start to turn it back on. In addition to learning to let go and not stress about getting tapped, you’ll also realize that your defense has gotten much better because you’ve gotten used to being close to submission. More importantly, that sense of anxiety will have gone away and you’ll once again be able to focus on the things that made you love jiu-jitsu in the first place: the boost in self-esteem, the challenge of learning and perfecting techniques, stress relief, and comradery.