Jiu Jitsu Philosophy: “Losing is not the same as being defeated.”

Rickson Gracie is one of the most accomplished jiu-jitsu fighters in the world and, along with half-brother Royce, helped bring jiu-jitsu to prominence in the late 1980s and 1990s. Before moving to the U.S., Rickson made a name for himself in Brazil as a vale tudo fighter after becoming a black belt at the age of 18.

Unlike UFC matches or jiu-jitsu tournaments, vale tudo fights are competitions between different styles where anything goes. There are no weight classes, no time limits, and virtually no rules. As Rickson said in an appearance on James Smith’s podcast shortly after the publication of his biography (Breathe: A Life in Flow), vale tudo fighting requires a different mentality than when your opponent is another is another jiu-jitsu fighter. You have to adapt to the circumstances. 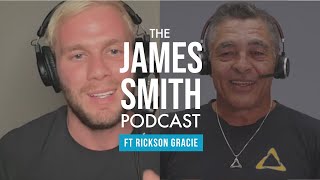 While all martial arts matches require some amount of improvisation, the range of potential attacks that you have to defend against is far wider in vale tudo than when you are in a jiu-jitsu tournament. Having a jiu-jitsu background can help you submit an opponent during one of these fights, but the real reason why jiu-jitsu is so successful in these kinds of fights goes back to its two core principles: survival and efficiency. 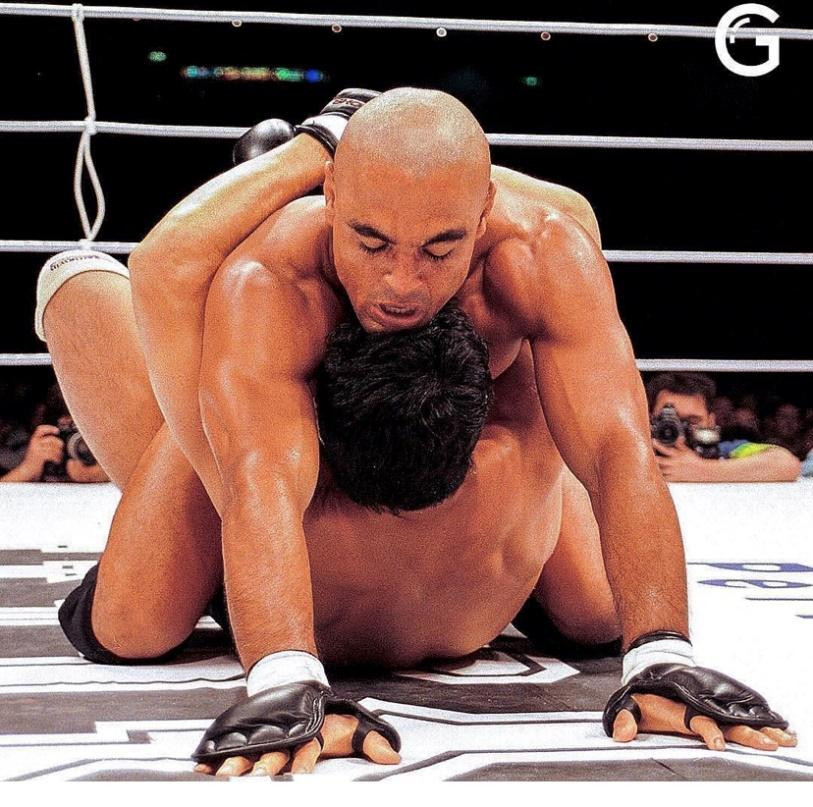 Jiu-Jitsu as a Superpower

During the interview, James, who is a purple belt based in London, mentions how Jocko Willink’s forward to the book brings up the idea of jiu-jitsu can become a superpower. A lot of people who are new to jiu-jitsu may think the same way. During his first session, James remembers wondering to himself, “How is this fair that another human being can do this to another human being?”

Rickson notes that the perception of jiu-jitsu as a superpower comes from the fact that you’re not fighting with aggression, raw strength, and explosivity. You’re fighting to survive using leverage and angles. “You want to be kind enough to submit him without violent aggressiveness—punches, elbows, kicks—so that you can easily, in a very gentle way, choke him out and put him to sleep and control the situation with much more peace in your heart,” Rickson said. “Jiu-jitsu is a metaphor for a comfortable life in hell,” he added.

One of the most important parts of the conversation occurs between 30:30 and 36:00, where Rickson discusses one of the most vital lines from the book:

“Losing is not the same as being defeated.”

This may seem like semantics at its worst, but Rickson’s point is that everyone loses. “When you lose, the feeling of losing is traumatic. But you have to have two different mentalities after that experience.” The first is to dust yourself off, stand up, fix your mistake, and fight again. The second is to accept that you can’t win, which is the end of the road. “It’s a statement which you cancel any further strategies because you feel like you’re defeated,” Rickson said. “Defeat is something where you assume that you have no more chances.”

Although it’s rarely seen anywhere outside of SAT exams, the word “indomitable” captures the essence of what Rickson is saying. And it encapsulates what every jiu-jitsu fighter should strive to be. It comes from the Latin word domare, which is closely related to the word “dominate” or “domesticate,” and was used to refer to a passive animal. In other words, it’s a tamed animal. To indomitable means the opposite. It means to never accept defeat and to maintain an unconquerable spirit.

What that means for your jiu-jitsu is not taking a loss to mean defeat. No one should be proud of getting tapped in under a minute at their first tournament. However, if you continue to train and to ready yourself for the next tournament, that is being indomitable. It’s not victory, but it is a winning attitude, and if you keep it up you will improve and you will eventually succeed.

Rickson also compares the words “passive” and “patience,” noting that the former is a defect and a weakness, whereas the latter is a virtue. From the outside they may look similar, since both involving the absence of action, but they are very different.

The passive person is one who does not take opportunities when they present themselves either because of a lack of will power or bad timing. The patient person is the one who has the will power to wait until the right opportunity to presents itself.

As Rickson notes, “Patience is a virtue that helps the lion kill the zebra.”