Jiu-jitsu attracts a lot of different kinds of people. This includes people of different backgrounds, as well as people of different shapes and sizes. This may come as a surprise to someone who has never come a jiu-jitsu class. Moreover, they may feel as though their body type is not ideal for martial arts, and that they will instantly be at a disadvantage when trying to train jiu-jitsu.

As Ryan Young of Kama Jiu-Jitsu in Texas explains, this is not true. While having longer limbs may give you certain advantages in martial arts systems that rely primarily on striking (like boxing or taekwondo), there are only two things that make you a more effective jiu-jitsu fighter: improving your technique and conditioning. Both of these involve training, not winning the genetic lottery.

To put it bluntly: There is no ideal body type for jiu-jitsu. 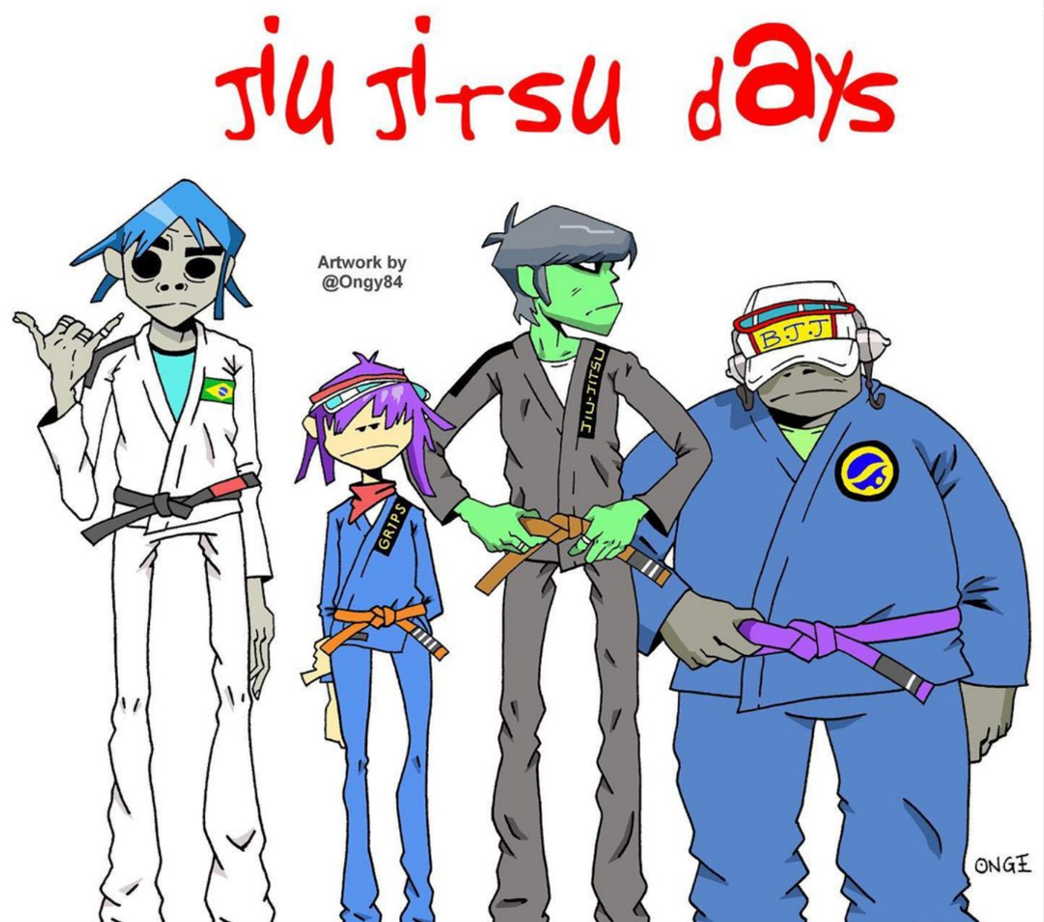 When you start your jiu-jitsu journey, you may be under the impression that you’ll be grouped with people who are similar in size to you, and that you may learn a specific type of jiu-jitsu that is catered to your body type.

This is not going to happen.

What will happen is that your instructor may ask you if you have any current or previous injuries. As Ryan notes in the below video, this is to better understand what your body is capable of and to devise workarounds if you have limitations on your range of motion. It also helps your instructor guide you away from techniques that may aggravate the injury. For example, if you tell your instructor that you’re recovering from a broken rib, they’ll be able to advise you to stay away from techniques that put pressure on your chest. 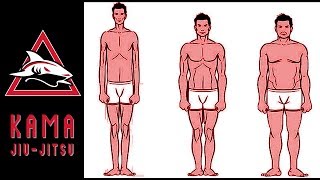 While there is no ideal body type for jiu-jitsu, certain body types have inherent advantages when compared to other body types, especially when one is just beginning their training. For example, taller people have greater range for strikes, but shorter people have a lower center of gravity and may have an advantage when it comes performing certain throws.

There are also disadvantages to certain body types.

To provide a specific example, Ryan refers to the triangle choke. To perform a triangle choke, a fighter wraps their legs around their opponent’s neck and an arm to form what resembles a triangle. The fighter then locks this position by placing their knee over their ankle. When pressure is applied, it restricts blood flow to the brain, and the opponent loses consciousness.

For fighters with long and slender legs, they will have an easier time wrapping their legs around people because they have more legs to work with. When they are in guard, they can very easily throw a leg around their opponent and begin to set up a triangle. For shorter people, wrapping up a person with their legs may not come as easily. However, as Ryan explains, this doesn’t mean that people with shorter legs can’t triangle their opponent. It only means that they have a smaller window of opportunity to effectively deploy the move.

As another example, fighters with shorter legs may have an advantage in preventing a mount escape. There is not a lot less wiggle room for their opponent to create distance or establish leverage. For fighters with long legs, the opposite is true. Their opponent has more wiggle room and can exploit the open space. Similarly, individuals with longer legs are going to have more difficulty with a mount escape, especially if they are going up against an opponent with shorter legs, because they need more space to establish leverage.

The mechanics behind these moves do not change. They can work for people of all body types. What changes is the size of the window of opportunity afforded to people depending on their body type. A taller person has a lot of latitude as to when they can effectively execute a triangle. For a shorter person, that window is far smaller.

This is a clear advantage for the taller person but it’s a double-edged sword since this kind of reliance can make their jiu-jitsu one-dimensional. It can lead to increasingly sloppy technique, especially if for people who are not challenging more advanced fighters. Conversely, someone who doesn’t have that large of a window of opportunity, but still practices the move constantly, will be able to take full advantage of the opportunity when it presents itself.

Therefore, Ryan urges every jiu-jitsu student to learn all the fundamental moves, to figure out where your windows of opportunity are, and to develop a style that plays to your strengths but doesn’t ignore your weaknesses.

This general strategy will give you the ability to push opponents into the game that you want to play, but you won’t be completely lost should they push you another direction. Ultimately, you want to know where your windows of opportunity are, no matter how small, and you want to be a well-rounded enough fighter to know how and when to take advantage of them.