Is Kickboxing and Muay Thai the Same? 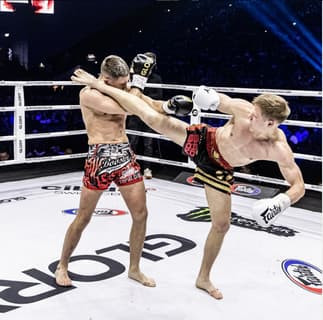 Even though many people believe that Muay Thai and kickboxing are the same, they are quite different in many aspects including fighting styles and the techniques used. Yes, there are universal techniques shared between the two sports, however, the implementation of these techniques varies depending on an individual fighter and the sport. Their difference can’t be stressed enough through their definitions where kickboxing describes any sport that involves the use kicks and hands in a full contact environment, while, on the other hand, Muay Thai, also known as Thai boxing, describes a combat sport originally from Thailand, that makes use of stand-up striking alongside various clinching techniques. Therefore, in broad terms, Muay Thai fits under the category of kickboxing but there are more differences than there are similarities, which are discussed in this article.

Differences between Muay Thai and Kickboxing 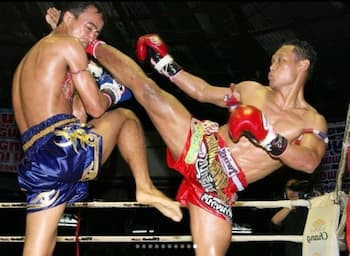 As noted already, the two martial arts seem very much alike and admittedly so, several of the techniques used during Muay Thai training and kickboxing share a lot in common. This is understandable but there are several striking differences that can’t be overlooked.

The most common difference between the two sports is that while kickboxing is a 4-point striking system that involves the use of kicks and punches only, Muay Thai is an 8-point striking system involving the use of not only kicks and punches (Slimani et al., 2017), but also makes use of elbows and knees, and the ‘full’ clinch (upper body grappling). Secondly, there exist a difference between the two sports based on the techniques (moves and attacks) adopted by individual fighters. In Muay Thai school, fighters are taught to be patient until an opportunity to strike presents itself, then they can aggressively advance forward. In most instances, such openings will come following an opponent’s strike, therefore counterattacks are a significant part of Muay Thai. However, there is very little head movement, circling and weaving as seen in kickboxing. 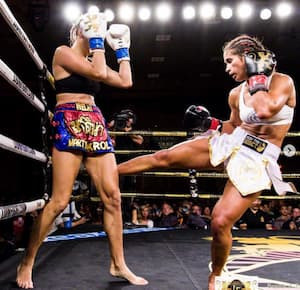 Kickboxing is mostly boxing based with an active use of hands, angles and/or movements together with volume combos whereas Muay Thai is more of a timed sport with a heavy reliance on quick and powerful counter-attacks. Kickboxers utilize a volume of combos whereas Muay Thai fighters prefer a timed single weapon (Silva et al., 2011). Therefore, kickboxers’ movements tend to be a little bit more defensive and fluid as compared to the movements adopted by Muay Thai fighters. In other words, kickboxing fighters use angles and footwork a little more to set up attacks instead of relying on well-coordinated and aggressive forward motion and counter-attacks as seen in Muay Thai. That is not to say that Muay Thai does not make use of fluid footwork completely; but one could argue that it is a little more prominent in kickboxing.

Furthermore, techniques used in Muay Thai are usually executed differently from kickboxing. For example, a Muay Thai kick is executed by turning the hip and connecting it with the shinbone (the tibia) whereas various types of kickboxing usually involves ‘snapping’ the knee so as to throw a kick and it is often connected to the foot. However, in delivering these kicks, it is important to note that there is also a difference in the two sports in terms of where one is allowed to hit their opponent. In Muay Thai, shin kicks and strikes below the waist are allowed but the groin area is off limits because of sportsmanship.  It is very rare for a fighter to kick with their foot or lower shin in Muay Thai whereas in Kickboxing, fighters are allowed to apply a broad range of kicks including using their feet, middle shin and lower shin alike. Generally in Kickboxing, fighters are completely not allowed to kick their opponents below the waist.  However, low kicks and knees are more prevalent with the modern-day mixed rules format. 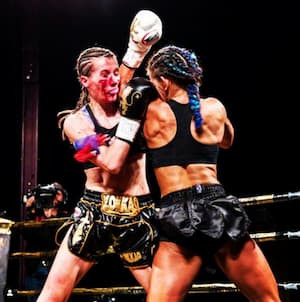 Well, as with any full-contact competitive sport, there are definitely health risks involved. The keyword in this case is ‘competitive’ – professional Muay Thai fights are usually very brutal and bloody (Kaewjinda, 2018) involving swinging punches, flying knees, hard kicks to the gut, sharp elbow strikes, bloodied nose, a black eye and even open scars. As far as professional contact sports go, Muay Thai is far up on the hardcore level. Hence, Muay Thai can be very dangerous. Strotmeyer and Lystad (2017) notes that competitive “Muay Thai fighters appear to underestimate the risk of injury in their own sport relative to other collision and contact sports, [but this] concomitant underestimation of risk may lead to an increased frequency of injury” (p. 5).

However, most modern Muay Thai practitioners do not compete at the professional level since most go through Muay Thai training for fitness and health purposes. Therefore, if one is interested in fighting in the ring, then they should expect a black eye, an open scar(s), a bloodied nose and so on. Therefore, Muay Thai comes with different health risks, just like any other contact sport, but the level of danger varies greatly depending on how serious one takes their Muay Thai training.