How to get good at Jiu Jitsu.  Tips from Ryan Hall

During your first few weeks or months of jiu-jitsu, your mind will likely be occupied by one thought: How do I get better? Most people will tell you that the answer is to practice and put in your dues. As Ryan Hall told Lex Fridman in a recent interview, “I drilled a ton.” 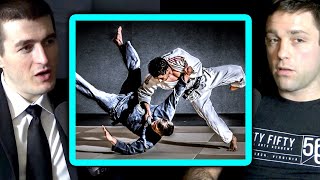 Ryan is well-known throughout the world of mixed martial arts and jiu-jitsu not only because of his numerous high-profile victories, but because he became very good very fast. Within just three years, he went from someone with no jiu jitsu experience to someone who was capable of going up against elite fighters and winning. A large part of this transformation was because he had the opportunity to put in more hours per day to training than many other fighters, but he also provided a few additional pieces of advice during the interview.

Everyone who takes learning jiu-jitsu seriously quickly becomes very hungry for new information. They also tend to absorb it without critically examining it or spending too much time thinking about whether it fits in with their larger understanding of the principles of jiu-jitsu. This comes down to ignorance and trust. On the one hand, you’re still new to jiu-jitsu and too ignorant and inexperienced to see the bigger picture. You don’t know if what you’re learning is totally worthwhile. Because you recognize that you’re ignorant and effectively blind as you start your jiu-jitsu, you trust your instructor to show you the way and that they will only teach you the relevant skills and tools that you make you a better fighter.

This is not necessarily a bad thing. You should trust your instructor and treat them with nothing but respect. However, as Ryan says in the interview, “there’s a lot of junk in the system right now.” Loads of positions, techniques, and strategies are being taught by well-meaning instructors as fundamental parts of the system simply because they’re not sitting down and truly questioning why they’re taught in the first place.

This brings up Ryan’s second piece of advice:

You need to ask why you’re doing something over and over and over again. Think of jiu-jitsu like you’re writing the script for a film. Your first draft is not going to be perfect. You need to question the motivations of individual characters. You need to ask if certain scenes make sense. You may need to cut entire plot points out to make the overall film better. 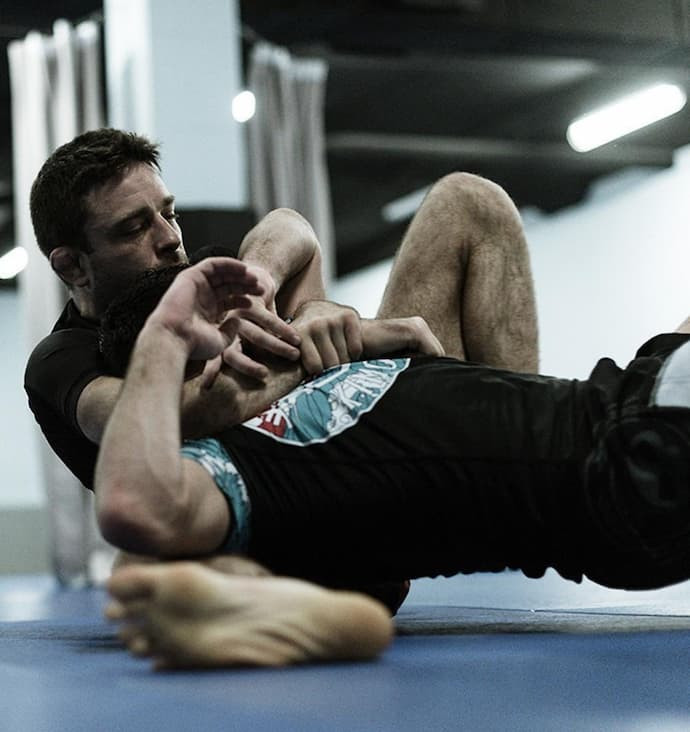 Oftentimes, you can follow this line of inquiry and realize that there is no reason for the move in many circumstances. If your first impulse is to shrimp and create distance because that’s what you’ve been taught, but you are usually larger than your opponent, you may actually be doing yourself a disservice since creating more contact may actually give you an advantage.

Sometimes your questions can be more straightforward. If you’re training with a person who is more advanced than you, and there’s a move that they’ve used to tap you four or five times during one class and you cannot figure out a way to counter, ask them to walk through what they are doing. Moreover, when you do ask them, follow Ryan’s third piece of advice:

Always Be Courteous and Polite

As a general rule of life, you should always strive to be courteous, respectful, and show humility, but it becomes very important when you’re constantly asking questions. Even though you’re just asking for information or someone’s thoughts on jiu-jitsu, you are still asking for something and no one is under any obligation to give anything to you just because you asked. However, if you treat this other person with dignity and respect the fact that they are giving you their time, they will be more likely to answer your question or walk you through their technique.

Consequently, you should always recognize that asking someone a question is in a way asking a favor, and you should treat it as such. You should never demand an answer and should always show gratitude if they provide one. More than just being the right thing to do, it’s also in your self-interest. If there’s a person who can elevate your jiu-jitsu because they have more experience than you, you want to remain in their good graces so that they will continue to help you and to make you a better fighter.