Does Jiu Jitsu Really Work in a Street Fight?

Jiu-jitsu is without question a tried-and-true fighting style. Ever since its inception in Brazil, jiu-jitsu practitioners have challenged all comers to show that proper technique is more important than strength or size in any kind of fight. This continues to this day, and countless fighters from around the world have relied on jiu-jitsu to become champions when fighting in mixed-martial arts tournaments.

But what about people who aren’t professional fighters? Can jiu-jitsu be used effectively in a street fight by an average person? 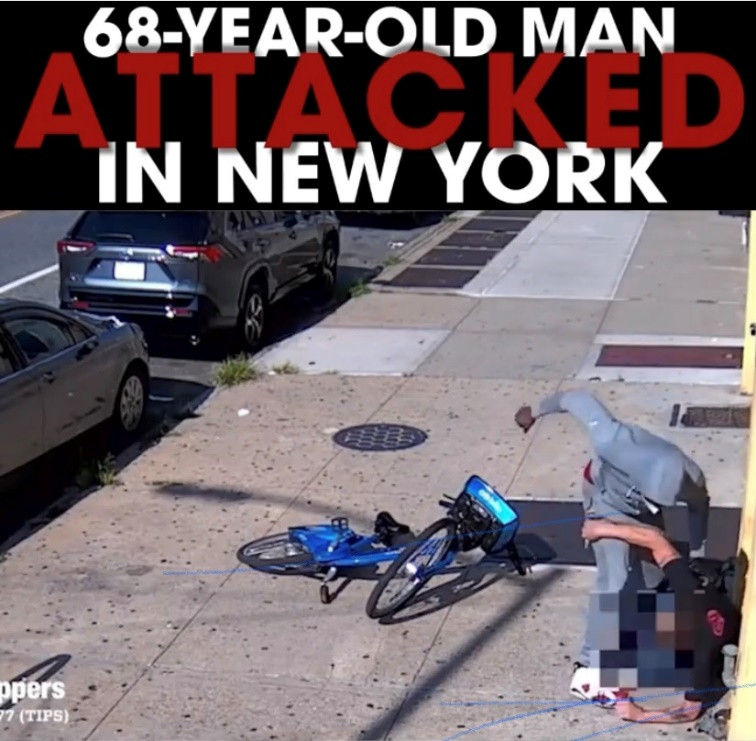 When one thinks of a street fight, they tend to think of how they’re portrayed in movies or on television. There’s a lot of punching, a lot of kicking, and a lot of people getting thrown through plate glass windows. For anyone who has been involved in or witnessed a real-world street fight, however, they know that these fights are far less cinematic and often involve a lot more clinching and grappling than haymakers and roundhouse kicks. Oftentimes they go to the ground and whoever ends up on top wins.

For someone who is hoping to learn the tools necessary to defend themselves during a real-world fight, it would make sense to learn grappling techniques rather than focusing on striking—i.e., punches, kicking, elbowing, and so on. This is precisely what jiu-jitsu teaches. 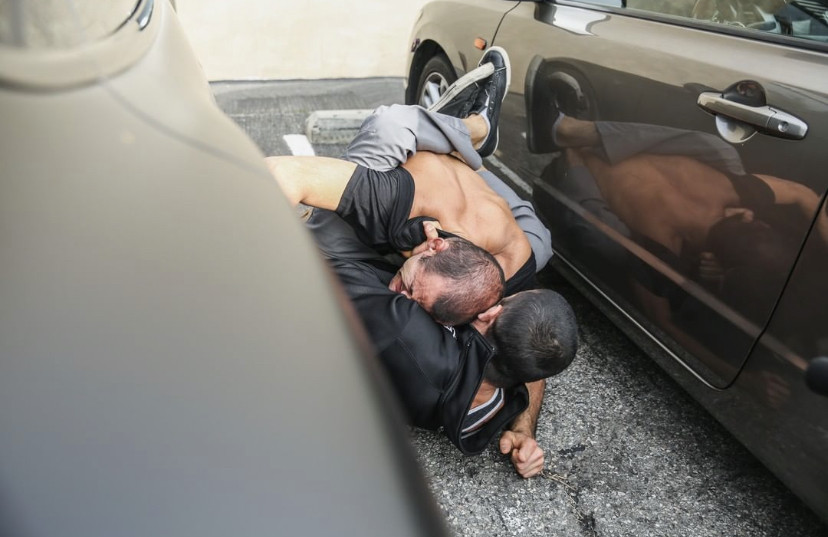 Jiu-jitsu is a fighting system that does not prioritize strength, agility, or athleticism. Rather, at the core of jiu-jitsu are a few basic principles (32 to be exact), and these principles form the foundation of all jiu-jitsu moves. If one understands these principles and can correctly and quickly deploy them during a fight, they will most likely be able to defeat an opponent who is less familiar with the principles. They will also be more likely to quickly grasp the mechanics of more complicated jiu-jitsu moves.

If these principles are the foundation, then the first level of jiu-jitsu consists of the basic techniques that one uses during a fight. According to the Gracies, there are 36 of these basic techniques and they make up Gracie Combatives, Gracie University’s beginner program for adults. Originally designed for the U.S. Army, the core moves that make up Gracie Combatives not only teach new students the basics of jiu-jitsu; they are also moves that can effectively be used in a street fight situation.

As mentioned above, jiu-jitsu practitioners have long accepted challenges from fighters from all disciplines. In fact, the Gracies made a name for themselves by instituting the Gracie Challenge almost 100 years ago as a way to show that the Gracie style of jiu-jitsu was superior to all other forms of martial arts. When the Gracies first came to the U.S. in the 1980s and 1990s, years before the first Ultimate Fighting Championship, this kind of challenge continued and fighters from around the country would come to go toe-to-toe with the Gracies or their students.

Film of these fights still exists and Rener Gracie recently provided commentary about how effective jiu-jitsu is in these street fight situations, as well as how frequently the moves taught in Gracie Combatives are employed. In just six challenge matches running only a few minutes, the fighters use 25 of the 36 techniques. “If you’re going to learn self-defense for a real fight against someone who doesn’t know jiu-jitsu, you don’t need 600-plus techniques. You only need 36,” Rener observes in the below video. 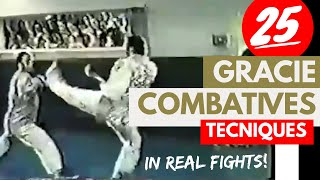 In almost all the fights, the opponent barely has time to understand what is happening once the fight goes to the ground. This is true even when they get a rematch. Most of the fighters have no idea how to defend against jiu-jitsu. In many cases, they thought they were in control of the fight because they were on top of their opponent, and only moments later learned that they’d actually stepped into a trap. They learned too late that, for someone trained in jiu-jitsu, you’re just as dangerous on your back (in guard) as when you’ve mounted your opponent.

Again, these were seasoned fighters with backgrounds in different martial arts techniques who had years of experience on the mat. Still, they were still caught off guard and unable to respond when their opponent starting using jiu-jitsu. There is little doubt that an aggressor in a street fight will be able to do any better.