Why Jiu Jitsu is the BEST Self-Defense for Women

Women who take self-defense classes typically aren’t training to be championship fighters. They take these classes because they want to be prepared to confront dangers in real-world scenarios. 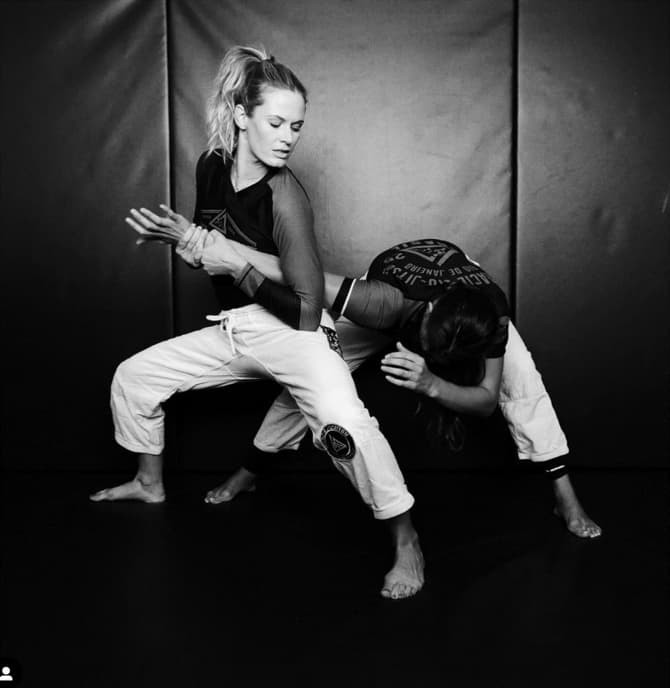 Many martial arts like kickboxing or karate are based on teaching students how to strike and defend against an opponent, but they do so in a controlled environment with set rules. Fighters are typically the same size and the same weight. While these disciplines may prepare students to become more capable strikers, they ignore the difficulties of facing a danger in the real world.

Real-world dangers don’t account for weight classes. They do not have time limits. To best prepare for these kinds of situations, women should look for courses that train them to defend against attackers in the most realistic settings.

This is the focus of the self-defense courses offered through Ronin’s BJJ classes in NYC. Ronin teaches the Gracie approach to Brazilian Jiu-Jitsu. There are no weight limits or time restraints in Gracie Jiu-Jitsu®. More importantly, the definition of victory is different. The objective is to win through perseverance. It places emphasis on wearing down your opponent, weathering the storm of their attack, and then taking advantage of your opponent’s reduced stamina when the time is right.

Suzi the Kickboxer and Punching through Jell-O

Even for veterans of other martial arts, learning the fundamentals of jiu-jitsu can better prepare them for the kind of scenarios they may encounter in the real world. Suzi, a student of Rener Gracie, is a prime example.

Suzi started kickboxing when she was 14. She was not a casual student. She competed in kickboxing tournaments and she was a well-trained fighter. When she sparred with her brother, who started taking karate at the same time she took up kickboxing, the two would be evenly matched. Once he started wrestling with her and took her to the ground, however, the fight was effectively over. He was bigger than her, and her skills in the ring did not extend to this style of ground fighting.

As Suzi got older, she became increasingly confident in her abilities against fighters her own size, but still recognized that bigger fighters held an advantage over her. Her only hope was to overwhelm them with her strength and the precision of her strikes. If a much bigger attacker took her to the ground, her strengths would be neutralized.

This fear began to manifest in her dreams, where she would have to fight against an opponent whom she could not defeat. As she recently told Rener Gracie in an interview (see below), no matter how hard she felt she was kicking and punching, it always felt like she was treading through sand or striking through Jell-O. In her dreams, she always lost. 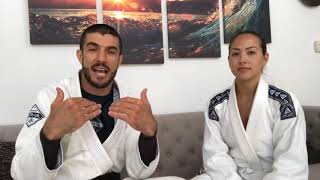 Suzi heard about BJJ and was introduced to Gracie Jiu Jitsu classes. After just a few months of classes, she began to understand the leveraged based techniques of the fighting style and to commit them to muscle memory. When someone put her in a hold in class, she was able to defend herself and to break free. It was as though she could do these moves in her sleep.

This is not just an expression. Soon after Suzi began to master some of the techniques of jiu-jitsu, her dreams began to change. She would use the moves that she had learned in class when her opponent took her to the ground. Miraculously, she no longer felt as though her strength was failing her. She understood that defending herself requires a different mindset to competitive fighting, it requires a mindset of ‘weathering the storm’ and the technical knowledge leverage to even the field with the larger and stronger opponent.

When Suzi thought about why her dreams had changed so dramatically, she realized that kickboxing trains you to be an effective fighter against another kickboxer, but that it doesn’t train you for a real-world scenario. The Gracie Jiu-Jitsu classes she took changed that. They taught her how to better defend herself in more realistic situations.

In Gracie Jiu-Jitsu, the onus is on the opponent. They have to come after you. They have to work to subdue you. However, the more they work, the more exhausted they become. Even if the opponent is larger than you, they are going to become tired if you know how to manage damage and keep distance. If you can outlast them and wear them down, they’ll eventually be unable to keep up the attack.

For women who want to learn self-defense, this is a vital skill to have.