Why Jiu-Jitsu Is a Better Self-Defense for Kids

Bullying is a serious problem. In a recent survey, roughly 20% of high school students across the United States reported being bullied on school grounds. For kids in middle school who responded to the same question, that figure was even higher. Though a national average is not available, the figures from states ranged from 31.9% (Rhode Island) to an astounding 47.6% in Maine. And that is just on school grounds. 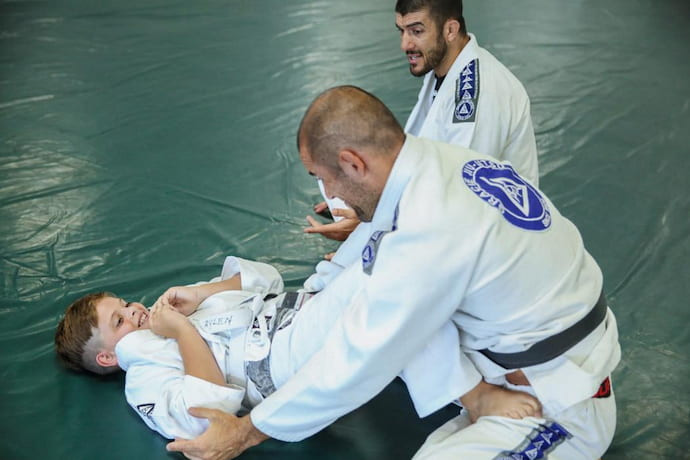 There is no doubt that most parents will find these figures startling, but they may not know how to prepare their children to stand up to a bully or what to do if the bullying becomes physical. On the one hand, they want to teach their children that violence is never the answer. On the other, they want them to be prepared should they get involved in a physical altercation.

This is why enrolling a child in a martial arts class is often such a difficult choice for parents. While they want their children to be ready should they have to defend themselves, they don’t want them to think it’s acceptable to resolve issues with their fists.

With Gracie Jiu-Jitsu’s BullyProof program, children learn more than just how to use jiu-jitsu in self-defense in real-world scenarios. Children also develop self-confidence and learn to trust in their own strength.

“It’s unrealistic to expect a child who is fearful for their personal safety to stand up for themselves with confidence,” says Rener Gracie, one of the cocreators of the BullyProof Program and a chief instructor at Gracie University said during a demonstration of the program at school in Norfolk, Virginia. “By giving the child the tools to defend themselves, they walk strong.” 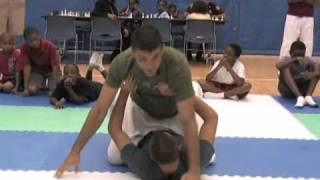 Defense Is the Best Offense…

Most schools of martial arts, including karate, taekwondo, and kung fu, focus on striking—punches, kicks, knees, and so on—and blocking the strikes of their opponents. However, with jiu-jitsu, striking takes a backseat to grappling technique. Grappling primarily takes place on the ground. When grappling, students learn how to apply force to specific parts of the body to disrupt their opponent’s freedom of movement, to escape from holds, or to incapacitate their opponent rather than relying on brute strength to knock them out. For example, if a bully has a victim pinned to the ground and is slapping, poking, punching, or choking them, the BullyProof Program teaches kids some of the foundational moves of jiu-jitsu, such as the trap and roll, to break free.

Because jiu-jitsu is based on a foundation of holds and other tactics that involve applying leverage rather than striking, this significantly reduces the chances of injury to either the bully or the victim. The techniques that are taught through the Gracie BullyProof Program are entirely defensive and focus on neutralizing the attack, restraining their opponents, and establishing control over the situation until help arrives. By stressing these kinds of holds rather than punching or kicking, the violence does not escalate, and both kids walk away from the altercation without injury.

…And Confidence Is the Best a Deterrent 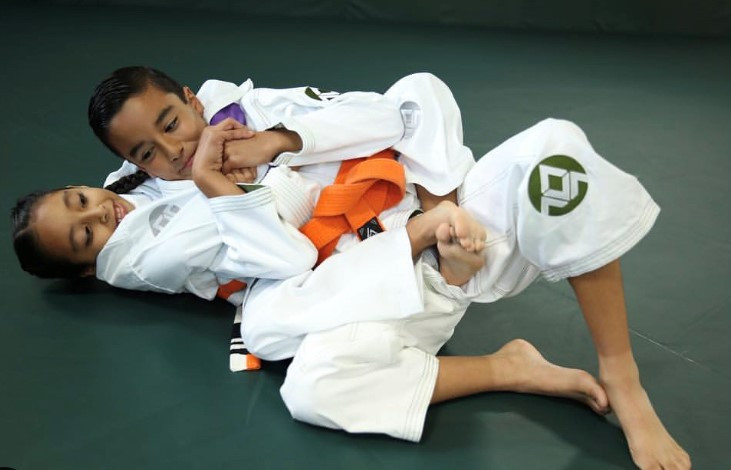 Of course, most parents would prefer their children never get into a physical altercation or become a target for bullies in the first place, and this is yet another reason why the BullyProof Program has been so successful. By giving kids confidence in themselves, by improving their self-esteem, it makes it less likely that they will be the victims of bullying.

“The greatest deterrent to bullies is confidence,” Rener says. Bullies do not target people who are assertive or capable of standing of up for themselves. Rather, they tend to target people who shy away from conflict and allow the bully to walk all over them.

Moreover, because the skills that kids learn through the BullyProof Program focus on self-defense and improving their self-esteem, there is no reason to worry that they are going to turn around and use these techniques to bully other children. “A child who learns these techniques becomes so confident that their far less likely to ever get into a fight,” Rener says.