The 32 Principles of Jiu Jitsu: Making Deposits (Part 2 of 3)

In most jiu-jitsu classes, there is usually one student who excels at learning new moves, improvising new techniques, and figuring out how to escape from holds without explicit instruction. It doesn’t mean that they are the strongest or fastest or the most advanced fighter. In some cases, they may even be white belts. However, these students seem to just inherently understand things other students do not.

These students are often called “naturals.” They take to jiu-jitsu like a fish to water because they grasp the underlying principles governing the techniques and use these principles as a means to better understand and break down long sequences of moves into their most basic components. In addition to making the moves easier to remember, this style of learning also gives the student the opportunity to fill in the specifics with a combination of knowledge of the principles of jiu-jitsu and their own personal touch. 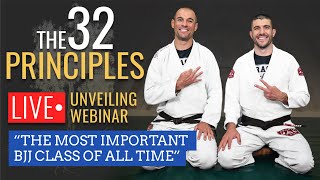 Principle-Based Learning on the Mat

As Renner and Ryron say in the video, they know that there are some moves with which students will struggle. They finish demonstrating it, and then look up to see their students wincing and shaking their heads. It is not that their students are worried they won’t be strong enough or nimble enough to execute the move; rather, they see a lot of steps that they’ll need to remember in sequence. Because they are still relying on memory-based learning, they are worried that they won’t remember how to do it. Taking a principle-based approach, however, makes these moves easier to breakdown and digest.

As Renner says, “Making the transition to principle-based learning as an entirely new operating system for your jiu-jitsu is the single most importance decision you will ever make on the mat.” He continues, “Once you make this transition, it doesn’t matter who you learn from, where you learn from, your lens, your filter on jiu-jitsu, will be completely altered to where you’re going to take more from less.” 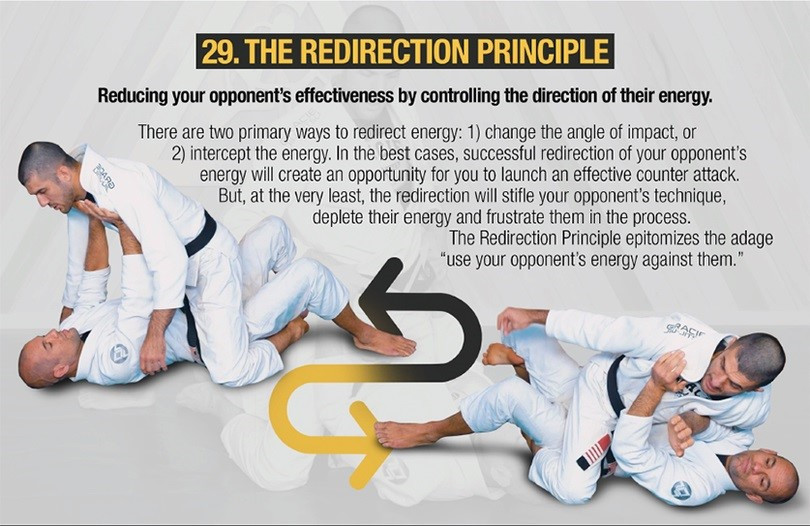 Let’s take the figure four armbar from the Americana setup on a neck hug as an example for how a memory-based learner tries to learn a new move versus a principle-based learner. You can follow along with Renner and Ryron’s demonstration by going to 20:10 in the video.

As Renner says, the student who takes a memory-based learning approach sees around twenty steps with specific instructions for each. The first four steps in the move would be:

A principle-based learner would simplify these steps by recognizing that only three general ideas are being demonstrated in this first sequence: pivot, frame, overload.

Rather than remembering the rest of the sequence, the student needs only to remember these core principles to complete this move and literally thousands of others.

Think of every one of the 32 Principles as if they are their own unique bank account. Every time you recognize one of these principles in action, whether it’s in a technique you’ve already learned or because you see it in a training video, in a class, while sparring, or even as you watch a UFC fight, you make a deposit. You add to your knowledge of that principle and how it can be utilized in different positions, in different contexts, and against different opponents. Like a bank account, this knowledge base begins to grow the more deposits you make. For a bank account, this effort results in your being able to take out money when you need it. In jiu-jitsu, it means you can pull out the principles to save you when you’re in an unfamiliar situation on the mat or in a street fight. What’s even more amazing is the deposits are conscious, but the withdrawals are unconscious. Because you’ve put in the work, your body just responds.