Even though most people think of jiu-jitsu as being a fighting technique that focuses on submission chokes and holds, it is a form of self-defense. At its core, the primary objective in jiu-jitsu is survival. Before you even worry about forcing your opponent into submission or controlling the pace of the fight, you need to be able to defend against your opponent’s attacks. The Gracie philosophy is all about weathering the figurative storm, energy conservation, and striking only when the time is right. This means escaping submissions.

An Ounce of Prevention…

Ben Franklin’s proverb, “An ounce of prevention is worth a pound of cure,” applies to a lot of different situations, including a physical altercation. No matter whether you’re in a street fight or a tournament-style match, it is always better to catch your opponent’s strategy early rather than to have to defend against it later. 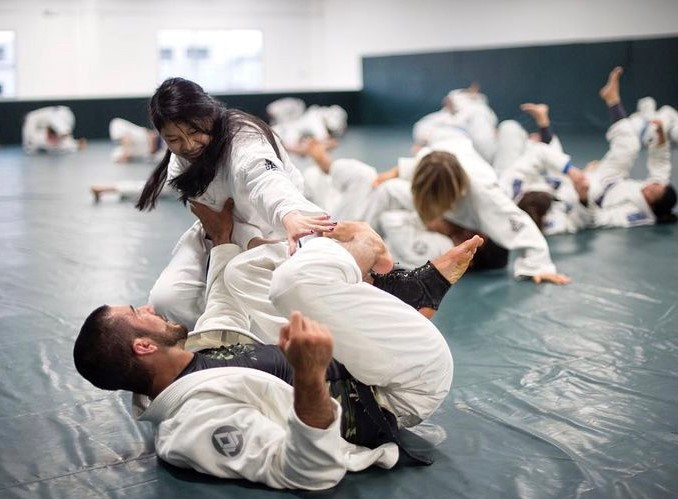 Why? Defense gets easier when you have more options, and your opponent has fewer options to attack. As your options dwindle, this means fewer chances to successfully defend yourself, escape, take control, or dominate the fight. Your opponent is trying to take away those options, to corner you, and to force you to either make a mistake or create a situation in which you have no option besides submission. The earlier that you can recognize what your opponent is trying to do, the earlier you can devise a strategy to either neutralize it or devise a counterattack.

As obvious as this may sound, the best way to escape submission is to not end up in a position where you can get tapped.

Whether you are in a real fight or rolling with your training partner, your opponent is trying to chip away at your options while you are trying to eliminate opportunities that they have to escape or to put you in submission. Whereas in a real fight, you will hopefully never be defeated, the same doesn’t hold true in class.

No matter how great of a fighter you are, you will eventually find yourself in a position where you are out of options when you are sparring with a partner. This is the nature of sparring. According to Master Pedro Sauer, one of the most highly respected jiu-jitsu instructors in North America, many beginning students ask what they should do at this point. If you’re rolling and someone successfully puts you in a choke hold, how do you escape? 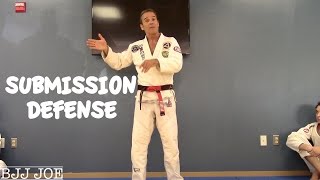 Pedro’s advice is to not try—you should just tap out. As he explains in the above video, asking how to get out of a submission hold is a bit like a student of boxing asking how to defend against the right hook to the jaw that sends them to the ground.

This is not a fatalistic philosophy. Rather, Pedro argues that the only reason your opponent is able to land that punch or to put you into a submission hold is because you already lost the fight. Whether it’s a submission hold or a knockout punch, it doesn’t come completely out of the blue. It’s the final move in a longer sequence that was allowed to progress because of earlier mistakes that were made. The more productive option would be to not dwell on the final move that ended the fight, but to reflect on the series of moves that occurred before the submission. 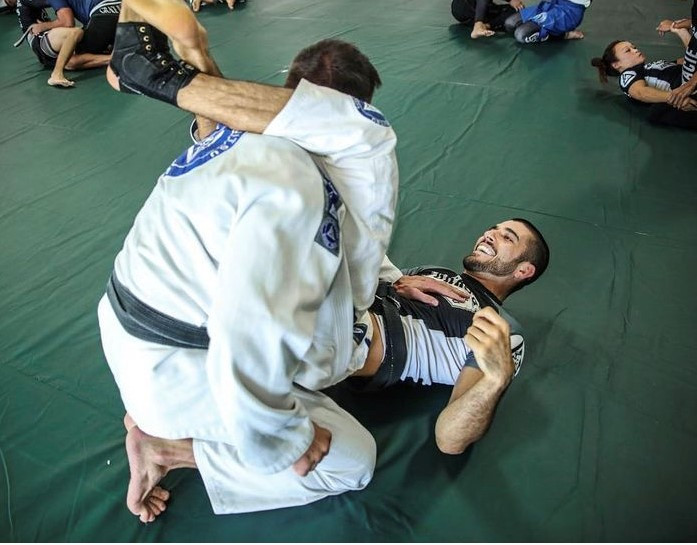 Just tapping out sounds counter-intuitive. In addition to being a blow to the ego, it is completely against the primary objective of jiu-jitsu—survival. However, according to Pedro, you need to think of jiu-jitsu class as being your laboratory. It is your place to experiment, to improve your mechanics, and to come to understand the millions of different ways you can be submitted.

Pedro notes that the purpose of class is not to dominate every opponent you face. Your goal is to become so well-versed in all the possible ways that a real opponent could tap or seriously harm you that you recognize their strategy and defuse it before they are several steps away from tapping you. As Pedro says, “Come to class, tap right away, recognize the bad mechanics, recognize the bad moves, and try to do prevent it.”

This is in keeping with the Gracie philosophy about keeping it playful. Tapping quickly means you’ll spend less time escaping from a hold or a choke that you shouldn’t be caught by in the first place and more time learning the terrain of a fight. In this end, this is far more valuable since it will allow you to better prepare yourself for several different offenses and to increase your chances of survival when you’re fighting outside of class.