Group fitness classes in New York City are increasingly popular these days, with more and more people signing up to work out with others in settings ranging from sleek boutiques to gritty gyms. And taking kickboxing classes is one of the top exercise activities in NYC.

The basic definition of kickboxing is an activity that combines boxing with other martial arts styles that utilize kicking techniques. But just like how there are so many diverse parts of New York City, there are a wide variety of types of kickboxing classes in NYC, with varying formats.

Some fitness fans are intrigued by the idea of taking a class advertised to burn 1,000 calories in an hour, but that is just one type of class under the umbrella of kickboxing. While there are many NYC kickboxing classes that emphasize fitness, others focus on competition with others, and some specialize in teaching kickboxing techniques.

Here’s a look at how people get involved in the different types of kickboxing classes available in New York City: 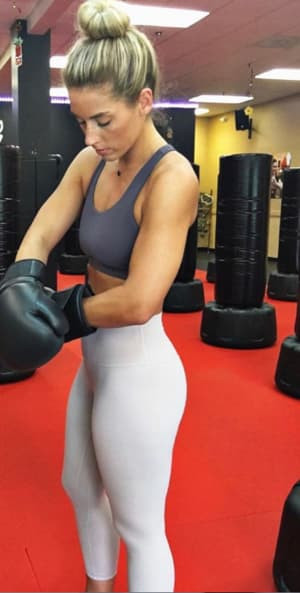 Legendary fitness personality Billy Blanks helped popularize kickboxing as a fitness activity with his Tae Bo classes and video series. The program’s name is a combination of the Taekwondo martial arts specialty and boxing, and Blanks was heavily influenced by martial arts legend Bruce Lee as well as learning martial arts disciplines. Blanks’ Tae Bo videos became a national phenomenon in the 1990s and led to kickboxing getting associated with cardiovascular fitness. In addition, women felt comfortable watching these videos because they were more about fitness – and having fun, too – than brute strength.

Part of the appeal of fitness kickboxing classes involves the idea of burning up calories quickly. These classes may also seem like a lot of fun. If they are held in boutique-style studios, they may even look glamorous or cool, and have luxury hair and soap products available in the showers.

Some of the classes feature boxing gloves, wraps, and punching bags, while others have the participants shadowbox or punch air. Generally speaking, these classes do not involve the participants sparring with others. Instead, while it is a group class, it’s an individual activity.

New York City kickboxing classes with a focus on competition contain one of more of these three main styles:

In these sorts of classes, there is a more emphasis on competition with others as opposed to merely burning calories. People can train for years in these rather fierce classes. They are like real-life fight camps, and the students use more equipment, including not just boxing gloves but headgear, a sports cup for both men and women, a mouthpiece, Muay Thai shields, and shin guards. 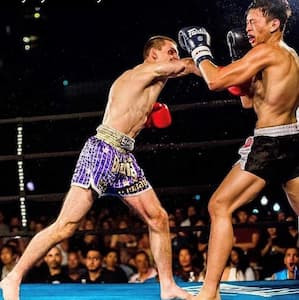 These competition classes are not for beginners. They require a serious commitment of both time and physical energy, and are not “drop-in” style classes the way the fitness-style ones are. People go to one place to train, and build a deeper understanding of movement and striking in actual competitive application, as opposed to trying out multiple clubs depending on their schedule.

This type of New York City kickboxing class is a middle way between the fitness-based and competition-based classes. Students in this class learn kickboxing techniques like striking and punching, and how to put jabs, uppercuts, and sweeps, to name some of the techniques, together. The point is to understand the movements involved. Calories are burned, of course, but that is not the emphasis of these technique-based classes.

These kickboxing classes do use much of the same equipment as in the competition-based kickboxing classes, like gloves, mouthpieces, headgear, and cups, but at the same time the drills in the technique-based classes are much more controlled, and they are suitable for all body types. 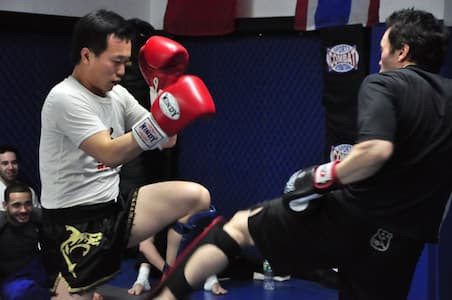 These classes are suitable for beginners, but they do have a progression in techniques. The students work on partner-based drills to get techniques down pat. It’s like muscle memory in a way, because the drills help students in these kickboxing classes do the techniques without having to think them out – allowing a deeper understanding of technique application.  Sparring is not a requirement, but an option for the student – the sparring classes (if attended) are less intense than that of a competitive-focused school. Because of that drilling and work on the techniques, students in these classes feel empowered at learning these skills.